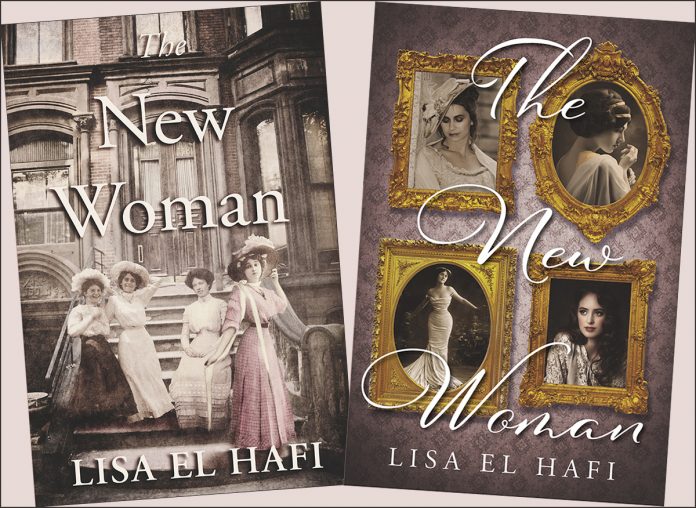 There’s more to getting a great book cover design than just hiring a professional. You need to communicate the essence of your story and find a way to inspire your designer.

Your book cover is tasked with the oversized job of communicating the content, vibe, genre, and professional quality of your self-published book. Getting an eye-catching book-cover design that hints at the tone and story within — and one that attracts attention on a bookshelf in a retail store or as a thumbnail on a computer screen — is a critical part of your book-production journey.

Sounds great, but how do you do it?

First thing: work with a professional book cover designer. Having a passable knowledge of Photoshop or some other design software does not make you qualified to design your book cover. In fact, being a talented graphic designer doesn’t mean you have the chops to craft a great book cover design. There are so many elements that go into creating a compelling book cover, and working with a designer who knows the expectations of the industry and your genre takes you one step closer to getting a design worthy of your book.

But there’s more to it than just hiring a designer. You need to communicate your book’s big concepts to an artist who can take your vision and create a visual that communicates your story to potential readers. So how do you do that?

At BookBaby’s Design Studio, we have over a dozen artists who are committed to creating a book design that will speak your story to the world. I asked some of our seasoned designers to pick a favorite piece from their catalog and give some insight about what stands out to them with these designs. As an author, finding the language, ideas, images, and concepts that inspire your designer will go a long way toward getting them even more invested in producing a book cover for the ages. 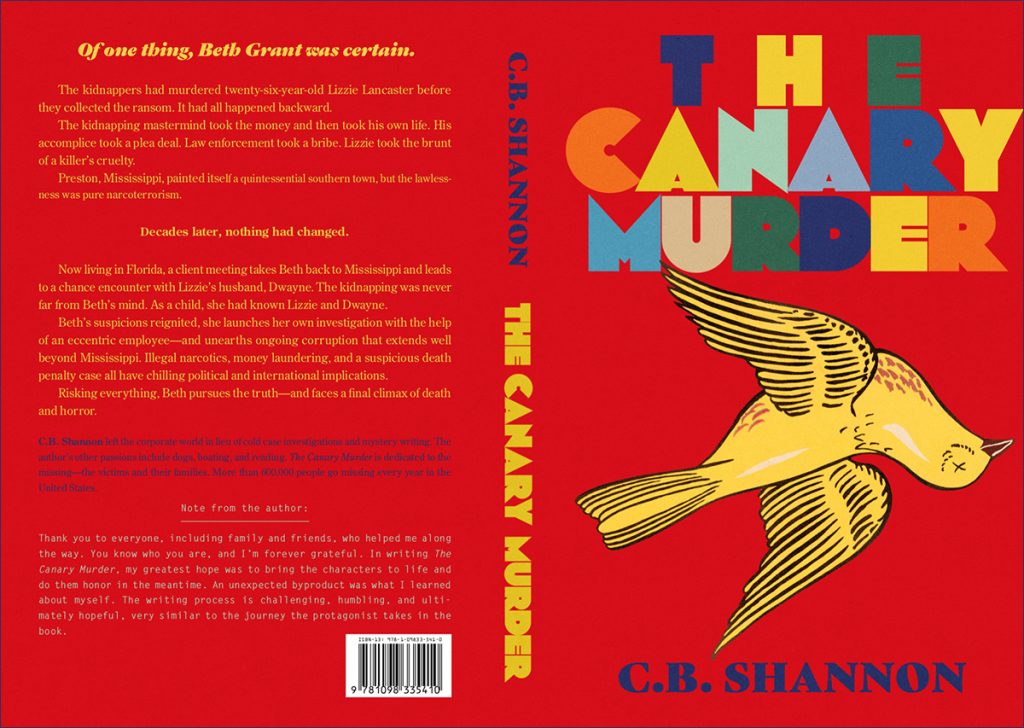 From the start, I was excited when I was assigned The Canary Murder, as the title gave me visions of old Looney Tunes cartoons, which I love. I thought of the classic death scenes, where characters would pretend to be dead by laying on their backs with their legs stiff, straight up in the air. After reading C.B. Shannon’s design survey, she indicated she wanted a bold, humorous design with some surrounding darkness, so I thought my original idea could work. She mentioned some authors whose book covers she enjoyed and noted that, according to her research, “a red or yellow cover is best for a mystery novel.”

I went to work to create a bold, colorful cover involving some sort of illustrated canary.

I started looking for retro-style illustrations, and while I didn’t find a bird on its back with legs up, did find a very nice image of a canary. To me, it looked more dove than canary, so I tweaked its color. Then I added a bright red background for some contrast (not to mention the author’s note about color choices). My initial thought was to have the bird’s head cut off by the edge of the book, but then the idea to go with another cartoon classic, the “x” for the eye symbolizing death, came to me. To go with my original idea, I flipped the bird upside down. While it still looks like it’s flying, I thought putting it on its back worked with the author’s themes of darkness with a touch of humor.

I was happy with the imagery, and now I needed the text to match the cartoony-retro vibe I had going. There was a type style that caught my eye from one of the covers the author listed as inspiring — a bold, colorful, art-deco style font. I found something similar and then looked for a color palette that would work with red as I wanted to color each letter differently. After finding a combo I liked, I added a subtle texture to give it a little dimension. I often do this, as I find computer design often looks a little flat without it.

I carried the multi-color text treatment over to the back-cover text … and it was done! 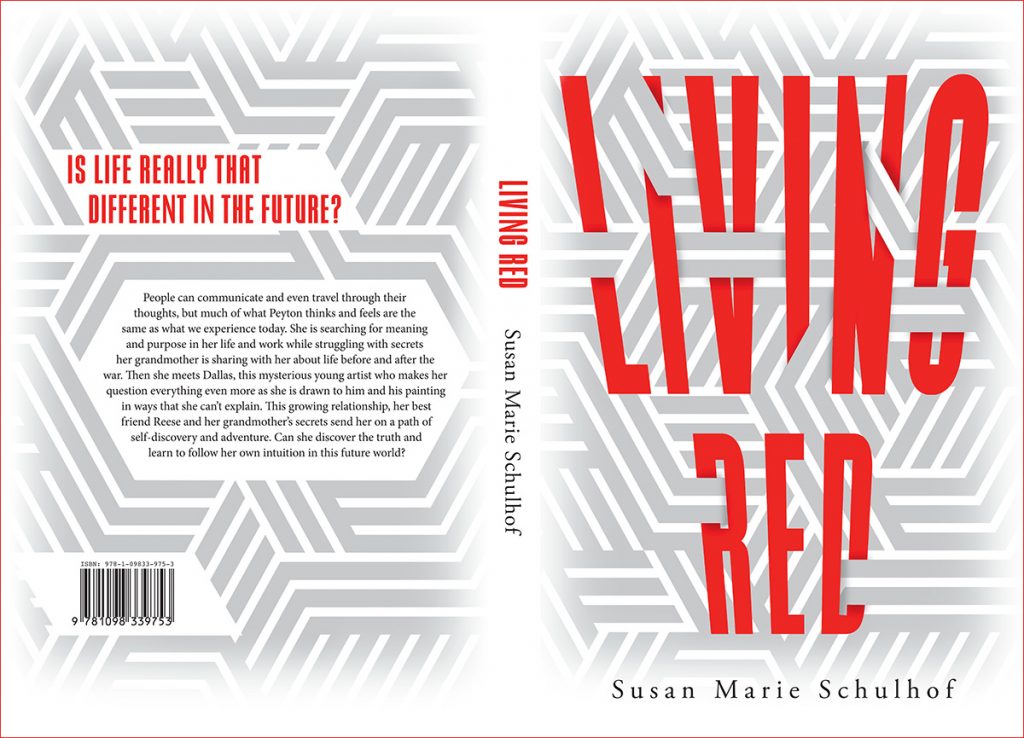 Living Red was one of my favorite cover designs from 2020. The final design was a perfect marriage of the author’s request and my design aesthetic: simple, yet impactful. When designing, I really enjoy the challenge of capturing an author’s vision with only a few bits of information. With this project, I was given a color palette and a desire for an “abstract pattern.” That was it! So with these instructions in mind, I focused on the title of the book and incorporated a geometric pattern. But to turn up the volume, I weaved that pattern through the text to give it some depth and to symbolize the mind-travel/communication themes the author mentions in the book’s summary. Ultimately, I think the layers of the pattern, the color palette, and the skewed text all came together to form a bold and seemingly effortless design that — most importantly — the author loved. Mission accomplished!

The author of this book gave me very detailed instructions about what she wanted on the cover of her book. It is set at the turn of the 20th century and features four women in various stages of life and station. The details were important to her, however, imagery from that time period isn’t readily available. In addition to finding images that fit the descriptions, I’m usually hesitant to put characters on the cover for fear of unduly influencing what the reader is going to imagine when reading the book. It’s a lot of pressure designing characters of a book that an author spent so much time writing! However… challenge accepted.

The author’s design concept
Four main characters: Placed in groups of two, standing in front of a scene in New York City circa 1900. The front cover should have an image of a large brownstone or perhaps The Dakota in the distance. The city scene should be utilized as a background and should not be the central focal point. Two of the characters should be pictured as if in conversation, perhaps smiling. These two are Bernadine, dark, beautiful and taller than the other. She is dressed in mauve. The second, Dore, has blond curly hair and is dressed something resembling a business suit from the era. She is a bit shorter than Bernadine. The second grouping, Flora and Mae, are mother and daughter. Flora is blond and attractive. She is dressed more conservatively and is slightly older than the others. She has her arm around her daughter, who is about 16 and dressed in a shirtwaist and black skirt. She has long straight, dark hair and blue eyes. Somehow I would like create the impression that she is trying to hold her daughter back, perhaps in the way that she is holding her. Mae should be holding a book, since in the novel she is a serious scholar. Even though the women are grouped in twos, I would like you to find some way to tie them together. In other words, they should be shown as a group of friends. 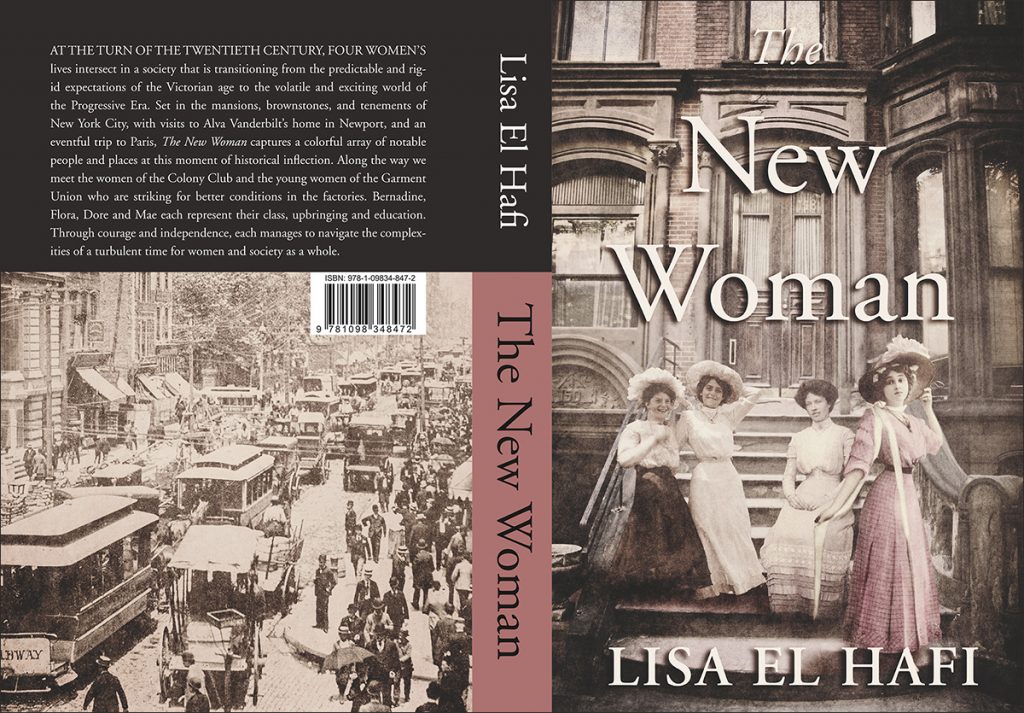 I was proud of the final product (above), thought I had hit all the notes in her design request, and was confident it would be approved as is — no changes, tears of joy. Unfortunately, the client wasn’t as thrilled as I was. Her updated concept included more detailed descriptions of each woman, which sounds helpful, but would make finding reasonable matches almost impossible. Back to the drawing board.

The author’s revised design concept
Bernadine, in my mind, resembles the actress Gene Tierny. Flora resembles Joan Fontaine. Mae, the young girl of 16, might resemble Wynona Rider. Dore, the Russian immigrant, might look a bit like Barbara Streisand with long curly hair. I would prefer that the characters be drawn as opposed to having photographs pasted. I also would prefer that the front cover should have a more impressive home. Actually, a picture of The Dakota from around the turn of the century would work well. I would like to stress that I want the women to be attractive. They should be illustrated in color against the sepia background, which I like.

After sharing some ideas with her about how we could realistically accomplish this concept, she liked my idea of showing the four women in framed photographs on the wall of a tenement. I researched all the actresses the author referenced and clothing of the time period to ensure I was representing each character accurately. I also researched homes of New York in that era for the back cover image.

When presented with the new design, the author was in love. I was able to capture each woman in relatively accurate detail and set a scene of the story without depicting a literal scene. 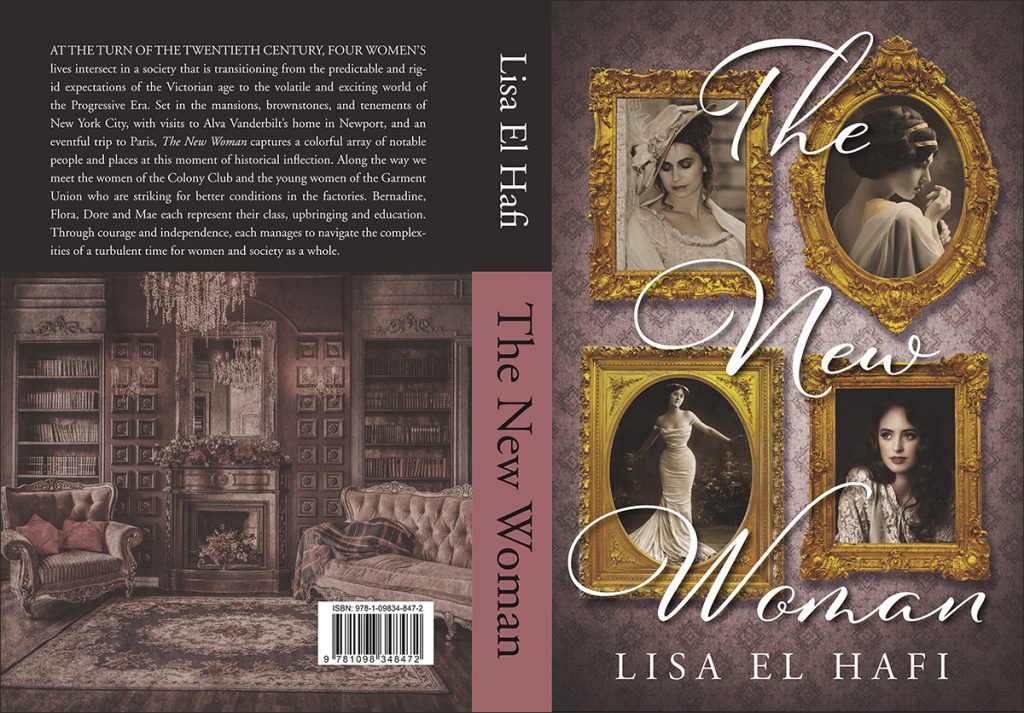 I was initially discouraged by the author’s disappointment in my first attempt, but in the end, I was glad we started from scratch. I was able to capture the essence of the author’s story and characters in a way even the author didn’t realize was possible. Of is an example of a book cover that was a challenge for me, as a designer. Specifically, the challenges I faced with this design included the title being so short, the author not wanting any imagery, and the time-period covered by the story — which spans a number of years. All of this complicated the color and typography choices. For me, research is such an important part of design, learning how books in certain genres handle type or imagery. In this particular case, since the book takes place in a specific time period, researching how design was handled then was super important to the design process. As the late-19th/early-20th century was such a time of change and innovation, I tried to capture that by having both a modern, sans-serif typeface paired with a more traditional serif font. Not being able to use imagery and having a short title was a challenge, so I used that to my advantage by making the title large and abstract to capture the viewer’s attention. Overlaying the subtitle added texture and intrigue. I like this cover, as it serves as an example of how challenging jobs can be very rewarding, especially when they push you out of your comfort zone.