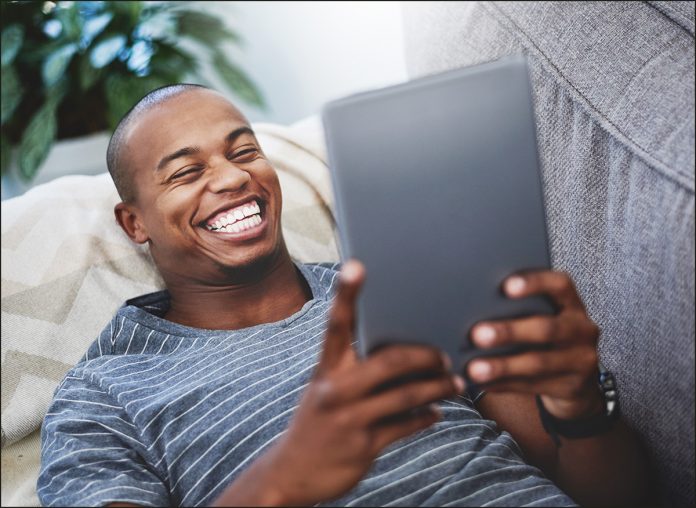 It’s not likely you’ll get rich writing serial fiction, but you can gain exposure for your work and get feedback from readers to gain insights for shaping and honing your storytelling skills.

Successful fiction writing is a magic trick of the first order. As a writer, somehow you must make readers care about characters that aren’t actual people, but are instead cobbled together using strings of descriptive elements: thoughts, mannerisms, speech, actions, interactions with others, physical characteristics, etc. Even if you manage to accomplish this miraculous act of creation, you’ve got to build enough forward energy around these imagined beings to unceasingly compel the reader to wonder, what happens next?

Serial fiction — crafting stories as a series of installments or episodes — offers a valuable key to sustaining reader interest in a tale. A reader’s investment in the fate of a character can be rewarded through that timeless mechanism that drives the best stories: tension and release. The late author and publisher Sol Stein said: “Our instinct as human beings is to provide answers, to ease tension. As writers our job is the opposite, to create tension and not dispel it immediately.”

Many novelists use this approach to conclude chapters with a dramatic flurry — a cliffhanger, surprising discovery, or vexing question posed to the reader. With serial fiction, that technique is especially important, since the reader may have to wait another week or month until the next installment arrives. The cliffhanger approach can sometimes be overdone, but in skilled hands, it’s the engine that powers a tale forward.

Generally speaking, writers are an enterprising breed and have navigated the waters of the publishing world through one sea change after another, seeking opportunities wherever they arise. In the 1800s, opportunities arose from a more literate population and printing process that brought down the cost of books and magazines. In the 1920s and ’30s, many writers found new audiences and opportunities through skyrocketing magazine sales, during which serial fiction also blossomed. Now, in the age of digital publishing, imaginative writers and publishers are again exploring the stickiness of serial fiction to reach readers on smartphones, tablets, and computer monitors. If you haven’t tried your hand at this craft, now is an ideal time to test the waters.

An abbreviated history of serialization

The dynamics of publishing were very different in the late 19th century, and it was common practice for major writers, particularly in America, to be published in periodicals such as Harper’s and The Atlantic Monthly in serial form before being released as a single, bound volume. The practice was so common that an 1878 article in Scribner’s Monthly noted with irony, “Now it is the second or third rate novelist who cannot get publication in a magazine and is obliged to publish it in a volume, and it is in the magazine that the best novelist always appears first.”

The Posthumous Papers of the Pickwick Club, AKA The Pickwick Papers, published in installments by Charles Dickens, is often credited as the spark that set off the surging popularity of serial fiction. Dickens also returned to the serial format for later works, including Great Expectations.

An article posted by MasterClass commented on the popularity of Dickens’ approach: “Although serial writing has existed for centuries, Charles Dickens is credited as the writer who jumpstarted its popularity during the Victorian era. In the nineteenth century, his first book, The Pickwick Papers, was released in 19 installments and published over a 20-month period. Many readers found that the appeal of The Pickwick Papers, in its serialized form, lay within its memorable main characters, who managed to get themselves into new and exciting situations each month. The serial novel was also inexpensive, which allowed an increase in accessibility to lower-income readers.” 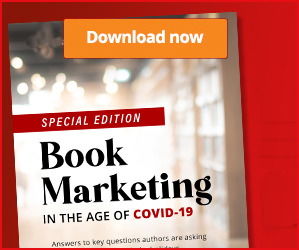 An infographic by Andrea Schlottman shows the depth and breadth of serial fiction releases, starting in 1844. Many well-known authors originally published works in installments, including Uncle Tom’s Cabin by Harriet Beecher Stowe, Crime and Punishment by Fyodor Dostoevsky, Anna Karenina by Leo Tolstoy, Heart of Darkness by Joseph Conrad, and The Jungle by Upton Sinclair.

Serial works in more recent times include Fear and Loathing in Las Vegas by Hunter S. Thompson (serialized in Rolling Stone), Stephen King’s The Green Mile, The Crimson Petal and the White by Michel Faber (serialized by The Guardian), and Margaret Atwood’s Positron. Atwood’s novellas, originally published as “the Positron series” on Byliner, were later reworked and released as a novel titled The Heart Goes Last! Another noteworthy example is Tom Wolfe’s novel, The Bonfire of the Vanities, that spanned 27 issues of Rolling Stone, profiling the quirks of daily life in New York City.

The ease with which content can be distributed across the Internet has led to the development of numerous serial fiction sites. Many are free of charge and readers can tap into works in many different genres. Some of the more popular writers on these sites attract as many readers as typically seen on the best-seller lists of Publishers Weekly or The New York Times.

One noteworthy platform for storytelling that supports serial works is Wattpad, which currently boasts 90 million readers and offers a number of writing resources, including networking opportunities, writing advice, and partnering through Wattpad Studios with connection to companies like Hulu, Sony Pictures, and SyFy. Book deals and careers have been launched through the site, but the monetization options for writers are minimal. If you’re energetic and build a following through this site, there is the potential for gaining a presence in the world of serial fiction, potentially leading to other writing opportunities.

A newer platform that combines serialized eBooks and audiobooks is Serial Box, an online purveyor of serial fiction spanning fantasy, drama, science fiction, and other genres. Serial Box co-founder George Yap stepped away from a successful career as a lawyer to explore why there weren’t accessible digital forms of serial fiction, something for readers to follow over a long story arc, such as addictive TV series or Hulu/Netflix-type shows.

In a Medium article by Simon Owens, “Can serialized fiction make a comeback? This company is betting on it,” Yap sums up the appeal of short installments this way: “The book just sits on your bedside table. You could finish it by reading for 10 minutes a day but for some reason you don’t pick it up. It feels intimidating. Whereas the magical thing that television does, that a lot of serial fiction does, is it makes it feel more digestible. It makes it feel like you’re committing to a much smaller thing.”

Radish is a mobile fiction platform catering to serial fiction across several genres, ranging from romance and thrillers to science fiction and fantasy (though the site appears to be weighted more toward romance tales and younger readers). Targeting smartphone users, the free Radish app is available through the Apple App Store. Prospective writers who want to publish through Radish fill out an online application, and, if they are accepted, deliver installments on a weekly basis, typically around 1,500 words per chapter.

The company has initiated a line of content called Radish Originals. In an interview with The Bookseller, Radish COO Sue Johnson says, “With Radish Originals, we’re using the collaboration of a writer’s room to produce an outline for each season of the story (20 episodes). In addition, we’re combining that with an A/B testing model from mobile gaming. The writers room and testing method allow us to produce and iterate on our content in such a way that we can create high performing content in a minimum amount of time. These methods and learnings are particularly relevant for serialized content.”

It’s not likely you’ll get rich writing serial fiction given the current state of the available outlets, but you can gain exposure for your work and establish credibility with writers and others in the publishing sector. In addition to that, working on a digital platform that can deliver feedback from readers responding to your serial episodes grants you insights for shaping and honing your storytelling skills.

In a piece in The Guardian, author Stephanie Merritt writes, “In an age when novelists are frequently told we have to adapt to new technologies or risk being left behind, it’s satisfying to find that the future of storytelling might mean a return to the techniques Dickens was perfecting nearly 200 years ago.”

Related Posts
Is Wattpad Right For You?
Could Multimedia Storytelling Work For You?
What’s the best time to publish your book?
Can You Make Millions Selling 99¢ Books? Amanda Hocking Did.
What Independent Writers Can Learn From E L James