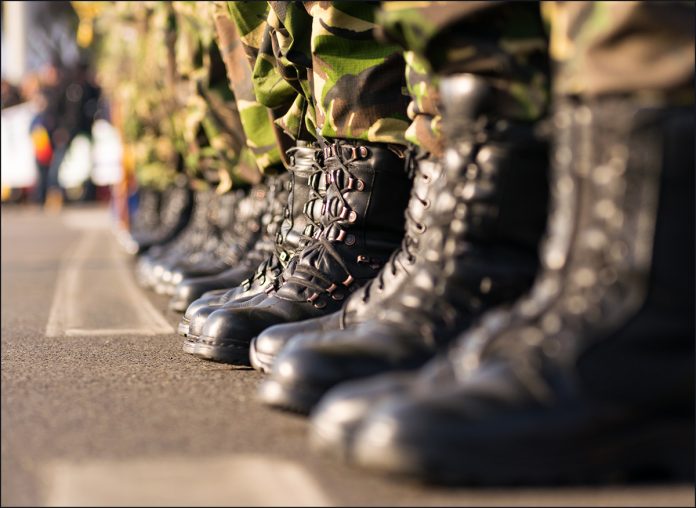 We use idioms all the time — after all, these phrases came into use because their figurative meanings can really make a point. But the origins of many common idioms are not easy to guess.

As a writer, I find I often use idioms reflexively. I don’t set out to pepper my prose with these phrases, but they so often express an idea simply, concisely, and colorfully. But so many idioms don’t have obvious origins in English language use, or at least American-English language, so I started jotting some down as I worked and today was as good as any to do a little research to answer some questions, like, “how the heck did we come to use that phrase?”

An idiom, according to Merriam-Webster (a go-to resource for me) is “an expression in the usage of a language that is peculiar to itself either in having a meaning that cannot be derived from the conjoined meanings of its elements (such as ‘up in the air’ for ‘undecided’) or in its grammatically atypical use of words (such as ‘give way’).”

And from Grammarist: “An idiom is a word, group of words, or phrase that has a figurative meaning that is not easily deduced from its literal definition. Often using descriptive imagery, common idioms are words and phrases used in the English language in order to convey a concise idea and are often spoken or are considered informal or conversational. English idioms can illustrate emotion more quickly than a phrase that has a literal meaning, even when the etymology or origin of the idiomatic expression is lost. An idiom is a metaphorical figure of speech, and it is understood that it is not a use of literal language.”

This list is in no order, and is a fairly random assortment of idioms I’ve either used or come across recently and thought to jot down. Enjoy these funny phrases, and please, add any insights or favorites to the comments section.

The phrase “pass muster” means “be accepted as adequate or satisfactory” (Merriam-Webster) or “to gain approval or acceptance” (Dictionary.com). The term “muster” dates back to Tudor England (1485–1603), which (according to Wikipedia) meant a “periodic assessment of the availability of local militia to act as a defense force.” In the late 16th century, the phrase “pass the muster” (or “passe the muster”) was used to mean that a unit had passed a formal military inspection (or that members of a unit were accounted for), and the idiom, “pass muster” developed in years to follow. The term “muster” is still used in the British Armed Forces and the US Army National Guard and Army Reserve, and a “muster roll” refers to the list of members in a military or a prison roll call.

“You claim to have worked for hours on this paper, but it won’t pass muster with your teacher with all these errors and misspellings.”

You might not be blamed for thinking this term was “tow the line,” as in “pull something along,” but “toe the line” is another phrase with roots in the military. According to Oxford Dictionary, to “toe the line” means “to do what someone in authority tells you to do although you may not agree with it,” and Dictionary.com defines it as to “accept the authority, principles, or policies of a particular group, especially under pressure.” I imagined it was a reference to a footrace, when runners put their toes just up to the line before the starting gun, but the idiom’s origins in the military dates back to 1738 (soldiers standing in formation with their toes to a line), and references to schoolchildren “toeing the line” for roll-call can be found in 1845. Runners put their feet in blocks and their hands on the line, anyway, so there goes that theory.

“Senators continue to toe the line for the ex-president, though whether out of fealty or a true belief in his policies is unclear.”

When you “take exception to” something, it means you object, are disagreeing with, or oppose it. While the idiom, which dates back to the 1500s, is using “exception” to mean “objection,” there aren’t many other places in our language where those terms equate, and the origin of the phrase is murky. It is, perhaps, based on a legal reference, but unless someone adds a comment with some deeper knowledge, this one is a bit of a mystery.

“I take exception to your suggestion that these senators are toadies and are not acting in the best interests of their constituents.”

I, for one, thought this expression was “deep-seeded,” to mean the seed was planted deep and would be difficult to extract, and apparently I’m not the only one who thought along these lines. Alas, that’s incorrect, and Merriam-Webster defines “deep-seated” as “something that is firmly established,” and goes on to explain that deep-seated “has an earlier literal meaning of ‘situated far below the surface.'” That’s where the figurative use of the term gets its use, and since that’s a literal meaning of the phrase, now we can start a debate as to whether it’s an idiom or not.

“Eagles fans are known to be hostile, but their deep-seated animosity for the Cowboys is on another level.”

along the lines of

Since I used this term in the previous passage, I figured I’d throw it into the mix (there’s another one!). “Along the lines of” translates to “roughly similar or in keeping with,” and its usage dates back to the 1600s, though finding the etymology of the phrase isn’t as clear-cut as some of the others. One theory is that this term is of nautical origin, referring to something being “along the lines” of the keel, or the midline of a boat.

“Apparently, I’m not the only one who thought along these lines.”

This idiom’s origins trace back to what might seem pretty obvious: card games. Merriam-Webster, in fact, defines “follow suit” as “to play a card of the same suit as the card led.” Its idiomatic use has been placed in the early 1800s, when whist was a popular card game. The idiomatic definition is “imitate or do as someone else has done” or “imitate someone; to follow someone’s example” (Grammarist.com).

“Suddenly, one frustrated customer ripped off her mask and, one by one, others followed suit.”

My first memory of this phrase dates back to the fourth grade, when I performed the song “Renegade” at a high-school talent show. I could infer what the phrase meant, but what a dance had to do with “a dishonest plan or activity being discovered and not being allowed to continue,” (Merriam-Webster), I couldn’t say. From KnowYourPhrase: “According to the Facts on File Encyclopedia of Word and Phrase Origins, by Robert Hendrickson, this expression was used during Elizabethan times (mid-to-late 16th century). During these times, the word ‘jig’ became slang for a practical joke or trick. Thus, if ‘the jig was up’ it meant that your trick was found out, or exposed.”

“The jig is up, the news is out, they finally found me. The renegade who had it made, retrieved for a bounty.”

According to StackExchange, “to ‘key off’ has come to mean to take a prompt from something else in order to produce something of one’s own. The thing produced may be in concert with the prompt, may echo it or elaborate upon it, or may, in some cases, even take issue with it.” That’s great, but all my searches as to how this phrase came into use have come up short. My guess is it’s a musical reference, as in to improvise or build on something in the same key.

“I keyed off something the first speaker said and waded into the controversy.”

nothing to sneeze at

I recently found myself using this phrase and paused to wonder what on Earth it could mean. A search returned a few interesting explanations. According to GingerSoftware, “In the 17th century, sneezing was considered a symbol of status as people believed it cleared the head and stimulated the brain. Soon, sneezing at will became a way to show one’s disapproval, lack of interest, and boredom. The first recorded use of the phrase in its current negative form, was in 1799, in a play by John Till Allingham, Fortune’s Frolic.” The Grammarist suggests that “the term ‘to sneeze at’ described something that should be held in contempt, something unimportant. In this sense, sneeze may also be interpreted as a snort of derision.” So the idiom “nothing to sneeze at” has come to mean “not an inconsequential matter, not a trifling thing.”

“Why, as to his consent I don’t value it a button; but then £5,000 is a sum not to be sneezed at.” —John Till Allingham, Fortune’s Frolic

Related Posts
Use Expressive Words To Build Your Story World
How To Harness The Hidden Influence Of Power Words
Words That Carry Maximum Weight: Tropes In Storytelling
Jewel words, crux and flavor words, and everything in between
Choose Words That Convey Your Meaning