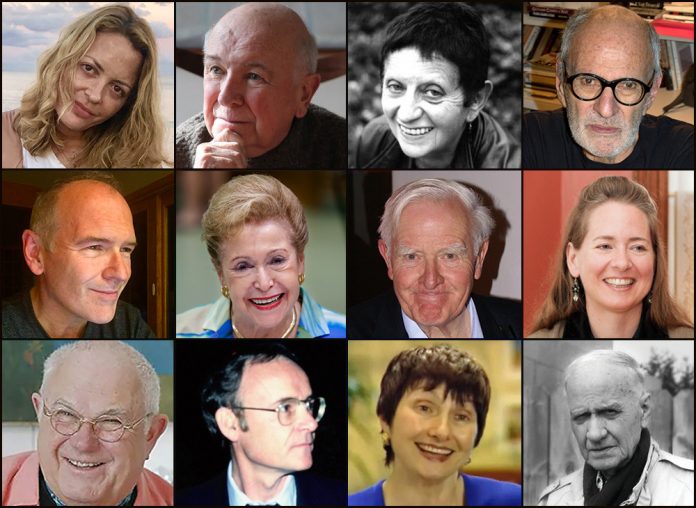 2020 took a heavy toll in so many ways, but the voices of these writers, poets, and authors will never be silent. We take a moment to pay tribute to 12 authors who died in 2020. May their voices continue to sing.

I hope it goes without saying that this is not intended to be a comprehensive list or an attempt to highlight “the best” or “most important” writers who passed in 2020. It’s simply meant to pay homage to 12 writers who have written their last, and it’s your opportunity to add a contribution in the comment section in remembrance of the writers who passed who meant something to you. 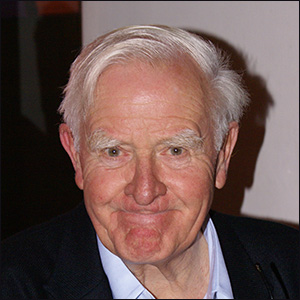 “A spy, like a writer, lives outside the mainstream population. He steals his experience through bribes and reconstructs it.”

David John Moore Cornwell, who wrote under the pseudonym John le Carré, is known for his authentic (read, unglamorous) depiction of the world of espionage that spans the Cold War era to the modern day. Cornwell’s characters and plots were often born of real life, as he had a career in undercover intelligence until he was outed to the Soviet Union by a double agent, which informed events in his 1974 novel, Tinker, Tailor, Soldier, Spy. He wrote 25 novels, many of which were translated to film, including The Constant Gardener, The Tailor of Panama, and Tinker, Tailor, Soldier, Spy. [Photo: Krimidoedel, CC BY 3.0, via Wikimedia Commons] 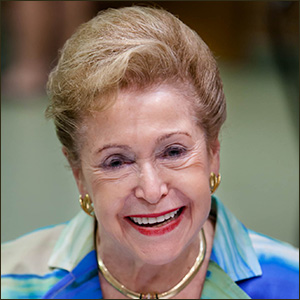 “When someone is mean to me, I just make them a victim in my next book.”

Mary Higgins Clark published her first book, Aspire to the Heavens, in 1968, going on to publish more than 50 books, mostly suspense novels, all of which went on to be best-sellers. Dozens of her books were turned into TV movies, four were converted to novels, and she collaborated with her daughter, Carol Higgins Clark, on a series of books that brought characters from each other’s writing together. [Photo: Alvintrusty, CC BY-SA 3.0, via Wikimedia Commons] 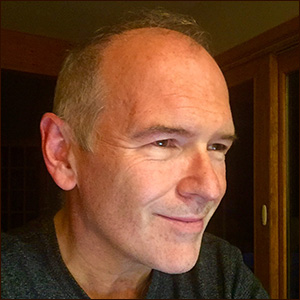 “It was the sweat of an unknown civil servant who took his duty to protect life and property seriously, and who had just been told a terrible secret: A tall building in the middle of Manhattan was in danger of falling over in a high wind. For me, a student reporter hearing about the episode from Mr. Gibson a year later, it was an unforgettable lesson on why it matters that we are able to trust government weather people to give us the forecasts straight.”

Jim Dwyer wrote for New York Newsday, New York Daily News, and the New York Times. Dwyer won a Pulitzer Prize for distinguished commentary for his “compelling and compassionate columns about New York City” that appeared in New York Newsday and was part of a team of reporters from the same paper that won a Pulitzer in 1992 for coverage of a midnight subway derailment in Manhattan. Dwyer also wrote or co-wrote six books, including 102 Minutes: The Untold Story of the Fight to Survive Inside the Twin Towers, which tells the story of the 102 minutes inside the twin towers of the World Trade Center after the attacks of September 11. [Photo: JambonOnRye, CC BY-SA 4.0, via Wikimedia Commons] 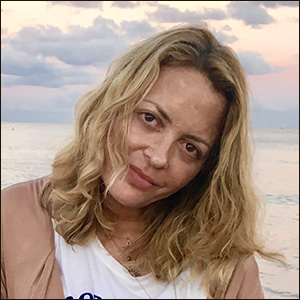 “Age is a terrible avenger. The lessons of life give you so much to work with, but by the time you’ve got all this great wisdom, you don’t get to be young anymore.”

While her work generated plenty of controversy — and did not always elicit stellar reviews from critics — Elizabeth Wurtzel is credited for having launched a surge of books featuring “confessional” writing after she published the best-selling Prozac Nation: Young and Depressed in America in 1994 when she was 26 years old. Wurtzel published four other books, including 1998’s Bitch: In Praise of Difficult Women and 2001’s More, Now, Again: A Memoir of Addiction. [Photo: Lynne Winters, CC BY-SA 4.0, via Wikimedia Commons] 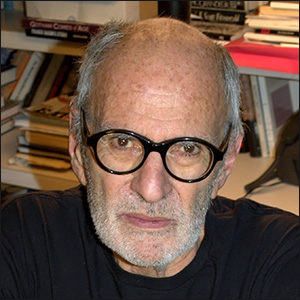 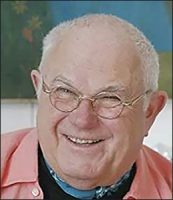 “A picture book is a small door to the enormous world of the visual arts, and they’re often the first art a young person sees.”

Tomie dePaola wrote or illustrated nearly 400 books over his 55-year career, with his Strega Nona (“Grandma Witch”) series among his best known. In addition to selling more than 15 million books worldwide, dePaola won a Caldecott Medal (awarded for “the most distinguished American picture book for children”) for Strega Nona, a Newbery Medal (awarded for “the most distinguished contribution to American literature for children”) for 26 Fairmount Avenue, and a Children’s Literature Legacy Award (awarded for “substantial and lasting contributions to children’s literature”). 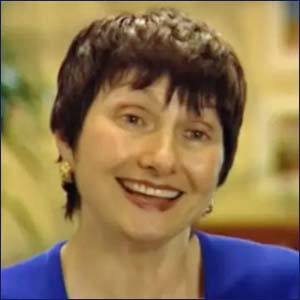 “Children’s view of the world and their capacity to understand keep expanding as they mature, and they need to ask the same questions over and over, fitting the information into their new level of understanding.” 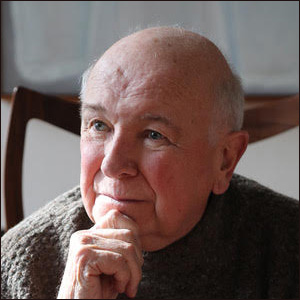 “There are so many rules about play writing. I’d have a nervous breakdown if I followed them.”

Terrence McNally, whose body of work includes nearly 40 plays, books for 10 musicals, librettos for four operas, and screenplays for film and TV, was a five-time Tony Award winner. McNally won for “Best Book of a Musical” for Kiss Of The Spider Woman in 1993, “Best Play” for Love! Valour! Compassion! in 1995, “Best Play” for Master Class in 1996, “Best Book of a Musical” for Ragtime in 1998, and was presented with a “Lifetime Achievement” Tony in 2019. 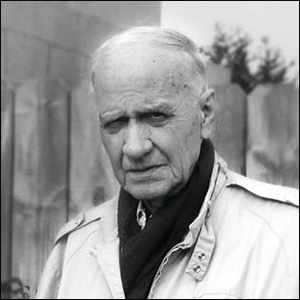 “The wicked flee when none pursueth.”

In 1964, Charles Portis was an established reporter at The New York Herald Tribune when he announced he was giving up newspaper writing, moving to Arkansas, and devoting himself to writing fiction. While Portis’ list of finished novels isn’t particularly long — he published five books between 1966–1991 — he can count his success in book sales and Academy Award nominations. His first two novels, Norwood and True Grit both made it to the big screen, with the latter having two film incarnations: one in 1969 starring John Wayne, and another in 2011 starring Jeff Bridges. Portis wrote magazine articles and short stories in his later years and was called America’s “least-known great writer” by the New York Times. 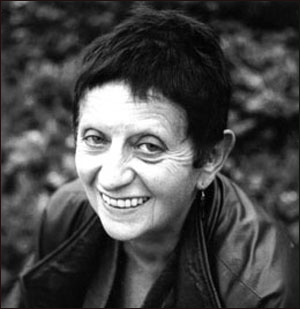 “i’m looking at my toes in my sandals where i sit by an ancient redwood tree to keep the chainsaw from cutting it down.”

ruth weiss (she preferred lowercase) spent her childhood moving from country to country fleeing Nazism, which likely informed her nomadic spirit. When her family relocated to the US in 1948 — for the second time — she didn’t grow roots in any one location, shuttling from Chicago to New York to New Orleans to San Francisco, where she fell in with Jack Kerouac and Neal Cassady and helped foster the beat scene in northern California in the late ’50s. weiss is renown for her minimalism in her use of language — she is partial to the haiku — and in addition to her 19 published works, she continued to perform at jazz and poetry festivals into this decade and was awarded the Maverick Spirit Award from the Cinequest Film Festival in 2020. 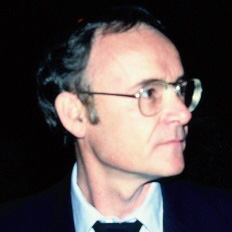 “We need a president who’s fluent in at least one language.”

Buck Henry’s contributions to film and TV range from wildly successful (The Graduate in 1967) to goofy satirical (Get Smart, 1965–1970) to not so successful (Candy 1968), and everything in between. Henry’s most important gift as a writer, according to him, may have been his ability to write in other people’s voices, which is why he gravitated to adapting screenplays from written work. Other screenplays by Henry include What’s Up, Doc?, Catch-22, and First Family. 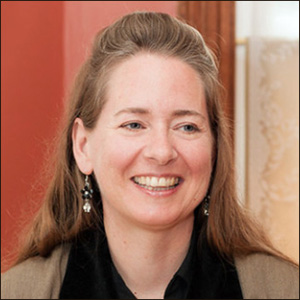 “These are foundational rules of the real world, but in genres like fantasy and science fiction, authors are free to make any rules they like. This is often one of the most exceptional aspects of a story, as they are so different from what we know.”

In late 2015, Dawn Field submitted her first post to the BookBaby Blog, titled “Eleven Ways To Take A New Look At Your Story.” While many unsolicited submissions don’t quite meet the needs (or standards) of our readers, something about Dawn’s writing stood out. I posted the article, and to my grateful amazement that initial contribution flourished into a five-year collaboration resulting in over 100 posts published here. Sadly, on May 2nd, 2020, a voice that was an inspiration to so many of us in the self-publishing community was lost when Dr. Field suddenly and tragically passed away at the age of 50. Rest in peace, Dawn.

The eight elements of a successful eBook launch