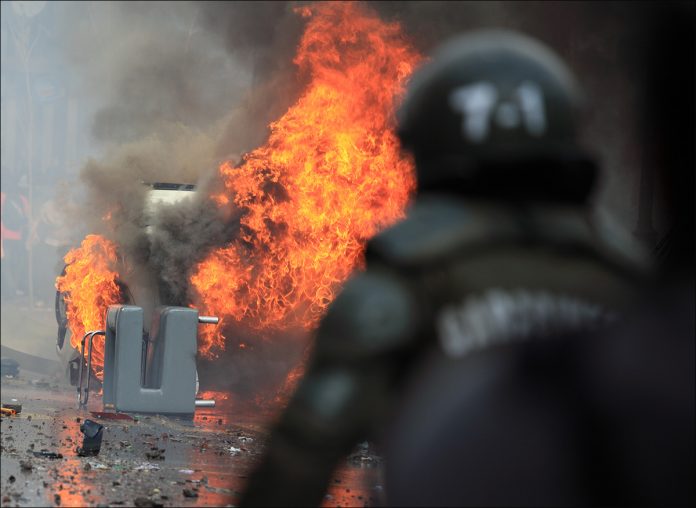 Whatever your subject matter, be mindful of how, where, and when you evoke violent imagery. Such language can be powerful, but used without care, it signals lazy — and potentially corrosive — writing.

I’m writing this post while the results of the November 2020 election drip in. As I check news sites, I’m reminded of coverage I saw in The New York Times months earlier, when the Democratic debate in Nevada was the biggest political buzz of the moment.

The Times’ roundtable commentary on the debate was troubling due to its use of gross, vivid, and brutal metaphors. One writer commented that “Warren sliced Bloomberg’s Achilles.” Another described a “bloody dogpile on Bloomberg.” A third commentator wrote that Warren “ground her heel into Bloomberg’s trachea.”

As anyone reading this blog knows, words matter, and the use of violent imagery and language felt over-the-top and reckless. When violent language flows in political reporting, it can normalize the crude, making it okay to associate peaceful democratic discussion with gory physical harm. It lowers the conceptual threshold between talking about politics in violent terms and actual acts of violence with politics as the trigger.

And, in the context of The New York Times coverage, it’s also just bad writing. Regularly, I find myself inspired by the quality, depth, and nuance of The Times’ editorial content — so seeing these commentators, highly renowned writers among them, default to such cheap language was disheartening. These folks are talented and experienced; they should know and do better.

Be mindful of violent imagery

Being mindful of violent imagery is important, not just for political reporting, but for any sort of writing you do. Whether you’re working on a memoir, poetry collection, novel, or even something as seemingly benign as a cookbook, paying close attention to where you spray linguistic bullets can have a significant impact on whether your writing draws readers in or repels them.

My big project in progress, introduced in “The Accidental Novelist – How Stolen Moments Can Make A Book,” periodically makes use of violent language and imagery, so this is a subject very much on my mind, both as a reader and a writer. Every time I see myself type something blunt and brutal, I ask myself:

If my answers to any of these questions feel flimsy, I keep reworking until the text passes muster.

Is this the best way to say it?

I recommend asking yourself a series of similar questions the next time you find violent imagery appearing in your own writing and make sure such language truly belongs. If the characters in your novel inhabit an inherently brutal world — as mine do — the intentional and careful use of violent imagery can indeed be a powerful reflection of that reality and advance your storytelling, character development, and world-building. Similarly, if your characters are going through jarring and upsetting transitions, the mindful use of violent imagery may help you poignantly illustrate that evolution.

But if you’re using violent imagery just because you want to shock your readers, appear cool and edgy, or vent frustration, take a breath and try again. Chances are, such usage will turn off readers and detract from the overall magnetism of your writing. And if you’re particularly careless, you also run the risk — as The Times coverage did — of normalizing brutality through your language and associating physical harm with things that violence should never touch.

To be clear, being mindful of violent imagery in your writing does not mean declaring yourself a prude or puritan. Rather, it’s about avoiding laziness, cheap tactics, and language that can act corrosively beyond the borders of your page. Remember, there are countless ways to make your text vivid and engaging without resorting to the language of gladiatorial combat. And if that flavor of imagery truly is the best choice for your project, by all means use it as mindfully and powerfully as possible.

How do you approach the use of violent imagery and language in your own writing? Tell us in the comments below.

How To Get Stunning Cover Design For Your Book