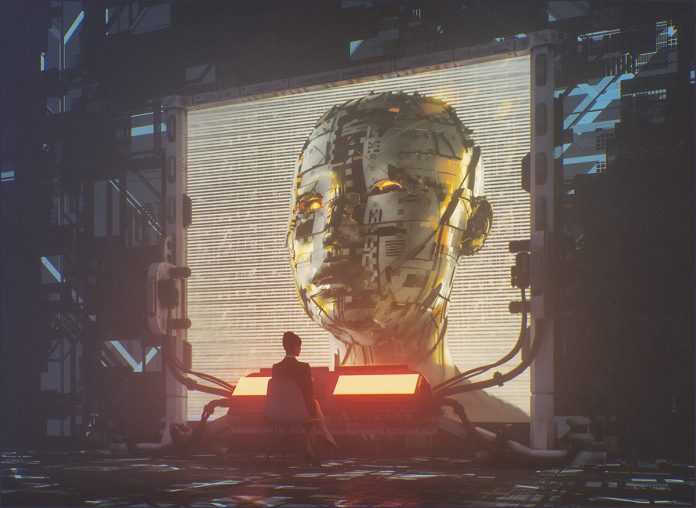 Given the current environmental and social climate — and the worldwide pandemic — you’d think people would avoid dystopian fiction. Not so…

Imagined futures can sometimes become all too real. Like now. We’re dwelling on a planet with a virus — that was unknown a year ago — that is tirelessly trying replicate itself in as many bodies as it can, killing many of them along the way. At the same time, the accumulating effects of climate disruption are resulting in floods, fires, melting glaciers, and widespread crop failures. You would think the last thing people would want to read in these tumultuous times is dystopian fiction.

But, you would be wrong.

As reported in The Guardian, publishers saw sales of books about epidemics soar in the beginning stages of COVID-19, including The Plague by Albert Camus, The Eyes of Darkness by Dean Koontz, and The Stand by Stephen King.

The Stand depicts a catastrophic, viral pandemic that wipes out much of the population of the world. In an interview with NPR, King acknowledges a typical reader reaction to the pandemic: “I keep having people say, ‘Gee, it’s like we’re living in a Stephen King story.’ And my only response to that is, ‘I’m sorry.’”

The nature of dystopian fiction

Dystopian fiction often creates a world populated with characters tackling the same kinds of challenges we face today, but with the problems amplified tremendously, offering a speculative perspective on what our future may look like if we don’t successfully address the challenges. Margaret Atwood, whose dystopian masterworks include Oryx and Crake and The Handmaid’s Tale, offers this suggestion for writing in this genre: “If you’re interested in writing speculative fiction, one way to generate a plot is to take an idea from current society and move it a little further down the road. Even if humans are short-term thinkers, fiction can anticipate and extrapolate into multiple versions of the future.”

This literary form began to take shape as early as 1826 in The Last Man, a novel by Mary Shelley, the author of Frankenstein. The Last Man is another take on the societal effects of an apocalyptic plague in the future, which leads to war, anarchy, and pestilence.

Some of the planetary and societal challenges highlighted in dystopian novels include:

Writing for Literary Hub, Christopher Brown says, “Dystopia is realism, at least when it is done well. It depicts the world as it really is, through the refractive prism of extreme metaphor. It’s a realism that uses mirrors, sometimes fun-house mirrors. It’s where literary modernism and science fiction naturally converge when naturalism is married with the literature of ideas.”

If you’re thinking about writing a dystopian story, start by considering those issues that you are most passionate about, visualize the changes you’d like to see in the world, and frame your story as an invitation to the reader to share your passion.

Make your story believable. Even though you may be writing about a future or an alternative present that is frighteningly misshapen, distorted, or unmapped, the setting that your characters inhabit needs to be believable. You can create a foundation for believability by layering textures, details, descriptions of the workings of the society that is in place, the conflicts that people face and how they cope with them, the institutions that exist in the new world and what they have replaced, the nature of those who hold the power and how they use or abuse it, the impressions of the characters in your story to their surroundings. What is the history of the society and how does the past compare to the present? What do people yearn for? In an article, “How to Build a Dystopian World,” NY Book Editors advises, “Establish what the rules are in this dystopian world and do it early, but not too early. What I mean by that is to let it unfold naturally within the course of your story.” The same article offers a link to a set of questions you can use to flesh out the details of your imagined world.

Create a strong sense of motivation. Develop the essential motivations of the protagonists and antagonists in the narrative through backstories, personality traits, ideologies held through different affiliations, the draw of gaining personal fortunes or reactions to personal defeats, the need for power or esteem. Create complex characters that have both negative and positive qualities: villains that have charm, grace, or sometimes show unexpected kindness; heroes that have deep flaws and weaknesses they struggle to overcome.

Decide whether to have an upbeat or downbeat ending. The resolution of a dystopian story doesn’t necessarily have to be unwaveringly positive or absolutely hopeless, but there should be some element that illuminates the strength of the human spirit. For example, the protagonist in Cormac McCarthy’s The Road doesn’t triumph by changing the impossible conditions that exist in the world, but by making a meaningful sacrifice for his son. In Octavia Butler’s Parable of the Sower, the survivors can’t reverse the environmental destruction that has ravaged the world, but they plant the seeds for a new society and embrace ideas that offer positive hope for the future.

The value of escapism

From a writer’s perspective, dwelling in a dystopian world while writing a novel over many months might seem like a bleak and deeply depressing endeavor. But there is an element of escapism that can be very therapeutic to the wounded spirit. Stephen King notes, “Twenty hours a day, I live in the same reality that everybody else lives in. But for four hours a day, things change. And if you ever asked me how that happens or why it happens, I’d have to tell you it’s as much a mystery to me as it is to anybody else… And in all the years that I’ve been doing this — since I discovered the talent when I was 7 or 8 years old — I still feel much the same as I did in the early days, which is, ‘I’m going to leave the ordinary world for my own world.’ And it’s a wonderful, exhilarating experience. I’m grateful to be able to have it.”

Related Posts
Building Worlds That Captivate Readers
Good Science Makes For Good Science Fiction
Request a “Suspension of Disbelief” Edit of Your Book
The Importance of Setting In Your Story
What really motivates your characters?