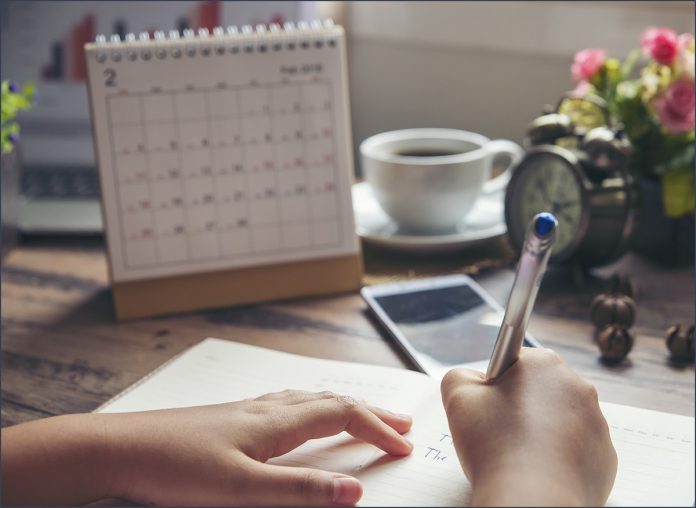 Some authors need weeks, others over a decade, to put their dreams into text. Your timeline to write a novel? Whatever you need it to be.

As I described in “The Accidental Novelist – How Stolen Moments Can Make A Book,” I’m writing a book — and it’s taking a while to complete.

Next month will mark four years from initial conception to current draft. And though I’m proud to say that I’m at over 100,000 words, with all major chunks roughly cut, I still see months to go before stitching is complete and I can call the work done.

Spending close to four years on a single writing project has been a source both of pride and frustration. Why isn’t it done already? How long does it take other authors to finish their books? So I did some research and learned that, for novels, the time it takes authors to complete their work ranges from under a month to as long as ten years (or more). Which makes perfect sense. Factors ranging from the complexity and scope of the story to the logistics and demands of daily life can all impact how long it takes to translate a novel from imagination to completion.

BookBaby posted a great infographic showing the different lengths of time taken by authors to craft noteworthy works. Here’s a closer look at some of the novels included in the chart. 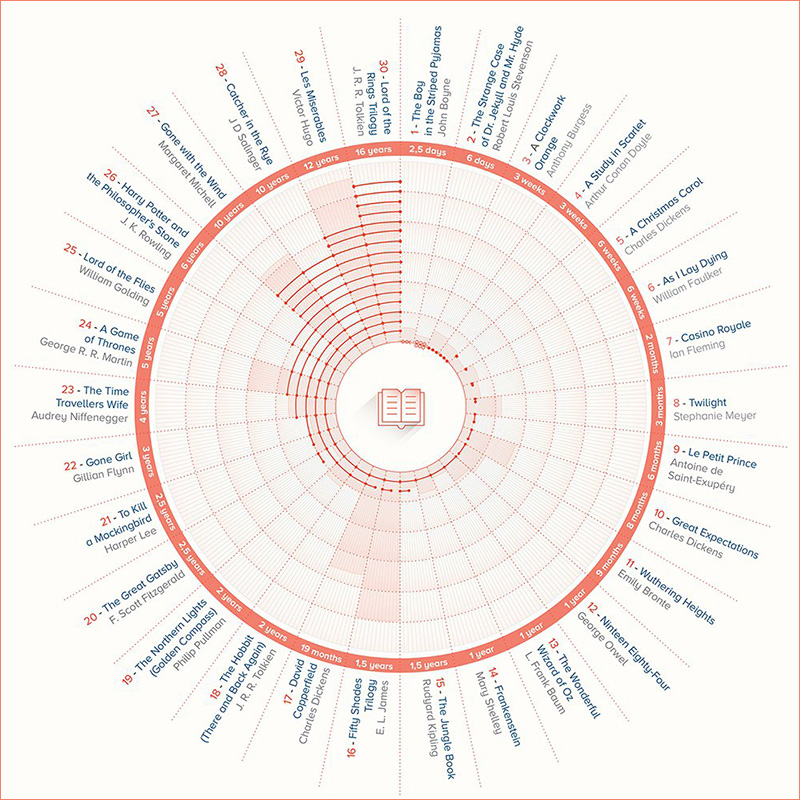 The Boy In The Striped Pyjamas

Irish novelist John Boyne may have been a student of the Holocaust for years before starting his best-selling Holocaust novel, which has been adapted for film and ballet formats — but when it came time to put words on paper, he completed his draft in an impressive two-and-a-half days.

This seminal epic of revolution, resistance, and redemption was described by Upton Sinclair as “one of the half-dozen greatest novels of the world.” The journey of Jean Valjean took Victor Hugo 12 years to write.

The Catcher In The Rye

J. D. Salinger’s novel of prep-school angst, teenage rebellion, and social alienation has become one of the most influential English-language novels ever written. He brought Holden Caulfield’s story to life after 10 years of writing.

This classic work of literature examines themes of morality and religion, class and sexism, as characters chase love and battle social convention. Emily Brontë’s work took her a mere nine months to complete.

Harry Potter And The Philosopher’s Stone

J.K. Rowling’s fantasy empire has grown to include seven core books, ten films, a Broadway play, theme parks, and more. The book that got it all started took her six years to complete.

Mary Shelley’s iconic novel, a foundational story in the horror genre — that some also consider the first true work of science fiction — took the author one year to write.

F. Scott Fitzgerald’s 1925 story of West and East Egg, Jay Gatsby and Daisy Buchanan, excess and idealism, is regarded as one of America’s greatest novels. The work took Fitzgerald two-and-a-half years to write.

In short, whether you can punch out a completed work in a handful of weeks or need a decade to complete your concept, as long as you’re fulfilled by the process and pleased with the results, you’re on the right track.

Knowing that authors like Salinger and Hugo took years to write their seminal works may be a comfort, especially if your own writing process is stretching from months to years and you find yourself losing patience. But don’t let those writers’ long writing times be a crutch when it comes to your own work.

Other authors’ extended timelines are not an excuse for you, me, or any other writer to get lazy (or to rush and compromise quality, for that matter). No two writers will engage the same process, and no two books-in-progress will demand identical commitments of time and energy. And, as the above list shows, no correlation exists between the time needed to create a piece and its merit, significance, or success.

The answer? Focus on building the best work you can. Write words, sentences, and chapters that will make you proud. And, as life will allow, give yourself the space and time you need to do it. Pursue your goal doggedly and avoid over-watching the clock or calendar. And remember — if your book requires not weeks or months, but multiple years to complete, rest assured that you are in outstanding company.

How long did it take to complete your own book? Share your story in the comments below.

Related Posts
How Long Did It Take To Write Your Favorite Book?
The Accidental Novelist – How Stolen Moments Can Make A Book
How Long Is Your Favorite Book?
Panic For Fun And Profit: Submission Deadlines And My Book Series
Unlucky Breaks: Famous Writers Who Suffered Slings, Arrows, And Misfortune