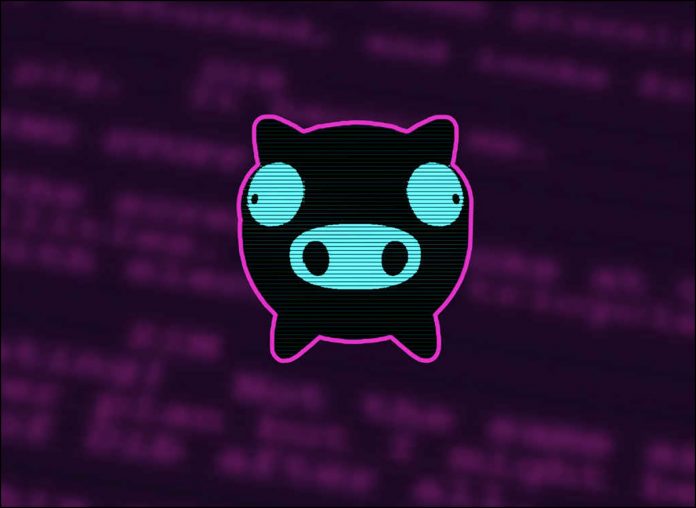 The BookBaby Spotlight podcast is your home for conversations with authors, illustrators, editors, and other industry insiders from the world of self-publishing, hosted by BookBaby distribution manager, Sam Sedam.

Sam recently spoke with Eric Trueheart, BookBaby author and writer for the TV show Invader Zim, who talks about his book, Medium-Sized Book of Zim Scripts, and comes up with new slogans for BookBaby. The following is an excerpt from the podcast interview.

Sam Sedam: I’ve talked to a bunch of different authors on this podcast, but you’re the first that’s written for television. Can you discuss what that process is like?

Eric Trueheart: I’ve been writing for animated television for — my God, has it been 20 years? What have I done with my life? I was always asked, when I made convention appearances, to sign something, and I thought having a book of scripts would be a nice thing that fans of Invader Zim, which was the first show I ever wrote for, could take with them. I ended up writing a book that was much longer than I had anticipated as I got into the stories behind them and all sorts of insider stuff about Invader Zim. I hope that answers the question, I’m not sure it does…

Sam Sedam: Well, let’s go back to the beginning. How did you end up writing for Invader Zim?

Eric Trueheart: I ended up writing for Invader Zim almost entirely by accident. It was my first job outside of film school and I had managed to snag a manager, which is tough, who managed to snag me an agent. I had expected to be writing for some sort of high-profile, avant-garde live-action — I didn’t know what — I just wanted something big. And then someone called me up from the agency and said, “there’s this show on Nickelodeon… we’re going to put you up for it.” And I was like, “Nickelodeon… this is so not me!” I was very young and arrogant. They said, “It’s by this guy Jhonen Vasquez, why don’t you read some of his comic books?” And I read his comic books and thought, this could be very very interesting. And it was. I got the job having no actual experience on another TV show and I think that may have helped me. As it turns out, it’s been one of the landmark jobs I’ve had in this business and the one that’s followed me most closely through the rest of the years.

Sam Sedam: So, for our listeners who aren’t familiar with the show, it certainly has a unique tone. The main character’s primary objective is to enslave the human race, after all. So how did you go about sustaining that tone? It seems like it could easily get too absurd, too dark. Was that something you consciously worked on?

Eric Trueheart: You know, no small part of the popularity of the show is its dark tone. A dark and kind of cynical tone, but also very playful at the same time. For every “horrible” thing that happens, you know it’s happening for a laugh, and usually a pretty good laugh. That came down to Jhonen Vasquez who, if you’ve read his comic books, you understand how he balances humor and darkness, and as the guy in charge of the show, he sort of had final say over what got in and what didn’t. Also, just being in that environment with him, I think we all shared a sense of humor — most of the staff on that show — and it came out in the show itself. There was no mandate: Please make sure something explodes once every three pages. But, like a lot of jobs as a TV writer, you find the voice of the show, and part of that is working with the creative people that you work with. It wasn’t a specific thing that we tried for, but it’s part and parcel of Jhonen’s point of view and his sense of humor.

Sam Sedam: I described it to one of my colleagues as Hot Topic ambience.

Eric Trueheart: There is some of that. There’s a little Hot Topic, there’s angry teenage goth going on in there, I think there’s a little bit of sci-fi darkness in there. I can’t say it was deliberate. Nobody set out to create something that was going to sit on Hot Topic t-shirts for the next 20 years — it wasn’t a conscious thing.

Sam Sedam: What was the collaborative process like? Did you find that more helpful for your own creativity?

Eric Trueheart: When you work on TV show — every TV show is a little bit different — when you’re a hired gun, they hire you for your point of view and your ideas and your voice, but you’re also working towards a common goal. You’re not just there to create your masterwork where your genius is going to shine through on every level. But, on the other hand, Jhonen was really adamant about letting people do what they did best. And I outline a lot of this in the book, but your job as a working writer is to come up with ideas. So, I would sit down and write a dozen or more show ideas that would get sent up the ladder. Jhonen would see them and he would decide which one he wanted to set forward, or if he wanted to put tweaks in it, and then it would go up the network ladder and the network would usually hate what we did and come back to us with some very angry words, questioning our humanity. There was a tension between the creative side and the management side. But, you’d write something, then you’d get feedback, then you’d write an outline, you’d get feedback, you’d write a script, you’d get feedback — and unlike some shows which are very “writers’ room driven,” for us, it was a lot more solitary. Once I had my script, I’d go back into my office and sit in the darkness trying to crank it out on time, hoping I could summon enough darkness and jokes and … I’m joking. But it was more solitary than other shows, so a lot more of what you personally did ended up on the page.

Sam Sedam: Did you go the SNL route when it came to pleasing the upper management by putting your most crass ideas in there to try and sneak something through?

Eric Trueheart: Sometimes we’d put stuff in there we knew wouldn’t get in because we wanted it. Sometimes what we did was in direct response to the things they were sending to us. We weren’t as calculated and cynical as some of the other shows I’ve worked at. Cynical is too strong a word… but we were genuinely sincere about trying to get our horrible joke about somebody’s head exploding through. But there are plenty of examples of stuff we did in direct response to the network not liking us. And in their defense, they weren’t irrational, angry people. They just had a job to do and I think our sensibilities were completely different.

There is a LOT more to the conversation. Listen to the entire podcast. Check out more episodes through Anchor.fm, Spotify, Apple, and most other podcast platforms.

Related Posts
Indie Authors And The Independent Bookstore
Unlucky Breaks: Famous Writers Who Suffered Slings, Arrows, And Misfortune
Of Creativity And Madness
Panic For Fun And Profit: Submission Deadlines And My Book Series
Getting Feedback On Your Writing Without Losing Control