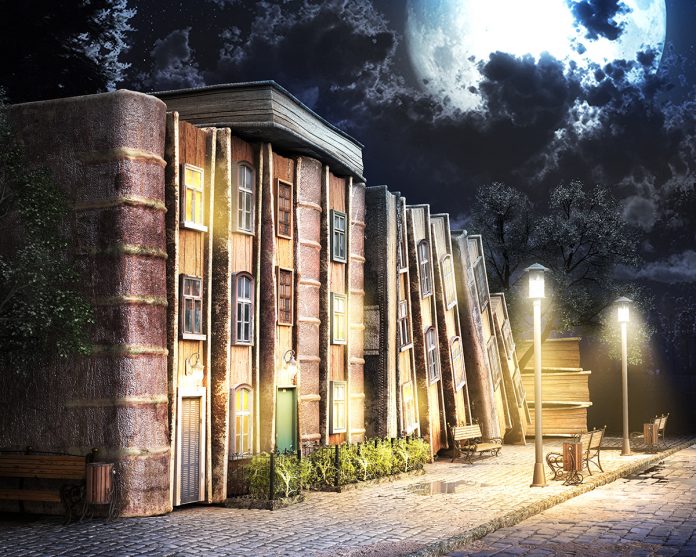 If you are writing a fantasy novel, these five considerations will help put you on the right track to creating a story that will capture readers’ attention.

This post is brought to you by BlueInk Review.

So, you’ve been contemplating writing a fantasy novel for a while, or maybe you’ve begun drafting it out or are already in revisions. Before you go any farther, I want you to seriously contemplate this question for a moment: “Why are you writing this particular story?”

If you’re writing this novel largely for yourself — it’s a personal goal you’ve always wanted to achieve — that’s great. I wish you the best of luck and my advice below probably isn’t applicable to you. If you’re writing this novel with the intention of selling it to the masses and actually making some money, then I believe the information below may prove invaluable.

With the general storyline of your novel in mind, consider these five things.

1. You need to understand your readers’ expectations

Fiction, and genre fiction in particular, is considered literary escapism for a reason. Readers pick up a romance, a crime fiction thriller, or a fantasy novel with certain expectations in mind. They want to escape the mundanities of their existence and live vicariously through the main characters. But, in certain genres, that craving for escapism comes with specific expectations. Fantasy, for example, is all about the sense of wonder. It doesn’t matter if it’s an urban fantasy, historical fantasy, or adventure fantasy — that expectancy always remains the same.

Wonder is defined as “a feeling of surprise mingled with admiration, caused by something beautiful, unexpected, unfamiliar, or inexplicable.”

Have you wowed your readers with some narrative element — setting, characters, creatures, magic system, etc. — that is unexpected, unfamiliar, or inexplicable?

As a reviewer for the last 25 years, I can’t tell you how many fantasy novels I’ve reviewed that were set in the same old Tolkienesque pseudo-Western European setting replete with elves, dwarves, humans, orcs, and dragons. The same old backdrop, the same old characters, even the same old similar quests. These kind of storylines do not instill a sense of wonder in me. [Insert words here like derivative, uninspired, rehashed, etc.]

The 19th Bladesman by S. J. Hartland is a perfect example of an indie novel that brings a relentless sense of wonder with unconventional characters, richly described and wildly original world-building, and a deep backstory with a fascinating mythos. The BlueInk review called the novel “nothing short of an epic fantasy masterwork” for good reason.

So the bottom line is, deliver what your readers want: pure unadulterated literary escapism. Take them to someplace new. Wow them with the unexpected. Fantasy writing is like playing in a massive sandbox — the potential is limitless. Let your imagination run wild!

2. Do you immerse your reader in the world you’ve built?

In fantasy, an immersive experience is largely tied to world-building. While making sure that your world isn’t derivative (see #1), you also need to ensure your realm is described adequately. Superficial world-building rarely equates to a best-selling fantasy novel. Think back to your favorite fantasy stories and I guarantee they all had fully immersive backdrops — worlds so richly described that you felt like you were living vicariously in them as you read.

There are two common writing mistakes to be aware of here. Many writers begin a novel with a clear focus on world-building but then completely forget about it once the story line unfolds. This doesn’t work. Your focus on world-building needs to be consistent (it can be subtle) throughout. Also, many young writers rely almost solely on visual descriptors, particularly color. This creates a cardboard world with no depth. By infusing in a consistent variety of sensory descriptors (where applicable), your world becomes three-dimensional and exponentially more immersive. The inclusion of smells, tastes, sounds, and tactile descriptors can dramatically deepen, and even transform, a scene.

A quick example of how sensory descriptors can enhance a scene and ultimately create immersion can be found at the beginning of Mel Nicholai’s The Shake, a great read that blends crime fiction with vampire fiction. Here’s how the first chapter begins: “I could hear and smell them as they turned the corner, a young man and a dog coming down the sidewalk in my direction. The man smelled like a broth of testosterone, sweat, tobacco, and some remarkably foul cologne. The dog smelled like a dog…”

With just a few sentences, I was submerged in Nicholai’s world. Bottom line: As a reviewer, if I don’t feel like I’m fully immersed in your fantasy world, chances are good the review is not going to be positive.

3. Have you created characters your reader can identify with?

This may seem like an obvious narrative element to focus on, but I’m continually amazed with novels that feature characters that are either not emotionally connective or just plain unappealing. For a story to have power, it needs to resonate with the reader. The easiest way to accomplish this is to create a main character readers can identify with on some level. These characters need to be believable, well-developed, and be wrestling with issues (external and/or internal) that readers can identify with.

Are they struggling to find their place in the world? Are they loners? Outsiders in some way? Has a loved one been murdered or died from a dread disease? Dealing with an unfaithful spouse? Struggling to attain something? Think about it like this: we’re all on our own respective journeys of self-discovery. Your main characters should all be on their own journeys of “becoming,” and if they’re not, your story has serious problems. Additionally, these characters should most definitely have flaws that they’re aware of and are attempting to deal with. Deeply flawed heroes and heroines are fine — everyone has flaws — they just need to be portrayed in a way that makes your reader understand them and ultimately root for them.

J.H. Moncrieff’s City of Ghosts — a highly appealing fusion of dark fantasy, horror, and paranormal fantasy — is a perfect example of a novel powered by fully realized and emotionally connective characters. Jackson Stone is a cubicle-dwelling IT geek from Minneapolis who, tired of his boring life, embarks on a journey of a lifetime by traveling to China to explore abandoned cities with a tourist group. After a strange woman attempts to communicate with him in the middle of the night, a woman from the group — a beautiful medium named Kate — informs the highly skeptical Stone that he saw a ghost and together they embark on a dangerous adventure to uncover the dead woman’s story.

It has been more than three years since I reviewed City of Ghosts and I still vividly remember these two characters. That’s your challenge: creating memorable characters whose lives and struggles resonate with your reader.

This is the big one when it comes to sales. You understand that indie publishing is a highly competitive business. Whatever category of book you’re writing, hundreds of comparable titles are being released every day. Potential buyers may give your title a few seconds of attention on Amazon or BN.com by looking at the front and back cover or reading your novel’s overview before moving on to the next title. What’s your hook? Is it your world-building, a leading character’s journey of self-discovery, an epic conflict or adventure? How is your novel different from the other releases out there?

Let’s do the elevator pitch challenge. Imagine you’re in an elevator with a prominent literary agent and you have a few seconds to pitch your fantasy novel. What’s your hook? How would you pitch your novel to the agent? If you can’t identify a strong and clear hook quickly, then you’re going to have trouble selling the novel to readers.

A good example of a strong hook can be found in Monsterland Reanimated by Michael Okon. An audacious tale set in a world gone mad after a plague decimates humankind and monsters from various theme parks around the world escape to wreak havoc, readers know immediately from the cover design exactly what this novel will deliver. It’s right there: “Welcome back to Monsterland — the scariest place on Earth!” With just a handful of words, readers know this is going to be scary and fun. Mission accomplished!

5. Do you know your market?

Know your market. Understand, in your specific category, what exactly is selling. Do you know what is hot right now and what isn’t? Being aware of everchanging genre trends can certainly be advantageous, especially if comparable novels are selling well, but I’m not telling you to be a trend-chaser. Don’t change your story so that it fits into a specific trending category (like adding zombies!). If your specific category — military fantasy, for example — doesn’t have many comparable titles on bestselling lists, look at it as your opportunity to fill a void.

This all ties directly in with a past blog post I wrote about markets and marketing: “Familiar but Unique: The First Rule of Selling Your Novel.” If you’ve written a great paranormal fantasy and paranormal fantasy is popular at the moment, take advantage of that popularity. But if paranormal fantasy isn’t selling well as a category, there’s a golden opportunity to shine a spotlight on your uniqueness. It’s all about how you market it.

Readers of the BookBaby Blog can get a $50 discount on a BlueInk review by using the key code “Allen.” (This does not guarantee a review by Allen.)