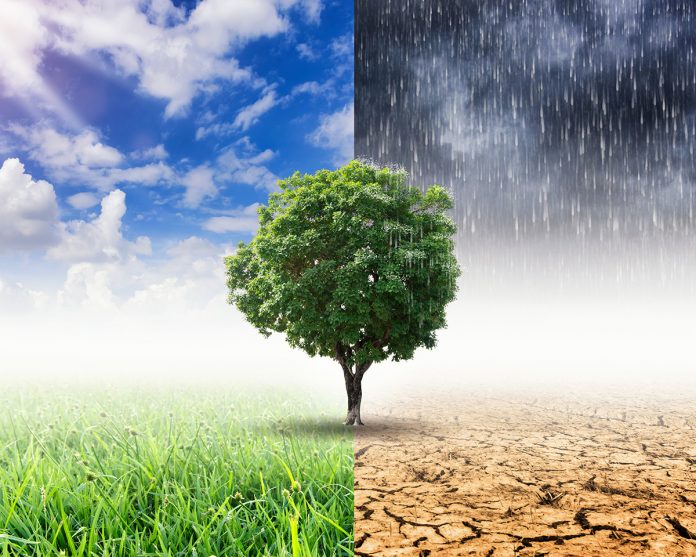 A great way to transmit interesting ideas is through the contrast of two very different things, i.e. a juxtaposition. Contrast is one of the most powerful elements in storytelling and works just as well in a single sentence.

There are countless ways to write a great sentence. A great sentence might have a combination of wonderful words, a pleasing rhythm, breathtaking imagery, or innate cleverness. It could tell a joke, evoke a playful wordplay, or contain an important fact.

A great sentence could be a line of dialogue — or a maxim or aphorism. But in the end, the power of a sentence lies in its core idea.

A great way to transmit interesting ideas is through the contrast of two very different things, i.e. a juxtaposition. Can something be hot and cold at the same time? Or good and bad? What does this really mean?

Contrast is one of the most powerful elements in storytelling and works just as well in a single sentence.

If you juxtapose two things, you place them in opposition to each other. You could juxtapose two apples, but how might they differ? Apples and oranges are a common comparison, and meant to be different, but they are still fruits.

Juxtaposition is a literary device and rests on the creation of paradoxes. It can be about polar opposites – the extreme ends of a continuum. The greater the contrast, the greater the effect of the juxtaposition.

Juxtapositions allow authors to state that more than one thing is true at once — best and worst, wisdom and foolishness, belief and incredulity. How does that work exactly, to be two things at once? This built-in intrigue that makes our minds scrabble to try to work it out is exactly what makes juxtapositions so fascinating and attention-grabbing.

Examples of juxtapositions in sentences

There is perhaps no sentence in a book as important as the opening one, and there are plenty that include juxtapositions. Here are just two examples.

The opening of The Princess Bride by William Goldman reads:

This is my favorite book in all the world, although I have never read it.

The classic opening sentence from a “A Tale Of Two Cities,” by Charles Dickens, uses juxtapositions in serial:

Look down this list of famous opening sentences and see how many more you can find.

If a juxtaposition is good enough for an opening sentence, it can be as asset anywhere in your story. Here is a collection of the best juxtapositions from the book, Pachinko, by Min Jin Lee, the story of four generations of a Korean family surviving hardships in Japan.

He liked this quiet spot beneath the tarpaulin awning on the busy intersection.

Yet the more she inquired, the more reticent he grew.

The professor tried not to show that she was hurt by this defection, but of course, she was.

She smiled, not believing him but wanting him to be right.

I can’t believe my parents are dead. In my dreams, they seem alive.

The child hadn’t realized how much he’d missed his father until he returned.

…he was the clean wrapper for a filthy deed.

There were so many things he had failed to do. There were even more things he should never have done.

In Tolstoy’s classic, Anna Karenina, Levin is feeling out of sorts. It’s the night before he’s about to ask his love to marry him. Tolstoy writes:

A juxtaposition can even be used to deliver a major plot point. Here’s a juxtaposition that holds one of the most important moments in perhaps the most celebrated of all the Greek tragedies. In Sophocles’ play, Oedipus Rex, the messenger arrives with the message that Oedipus’ father has died.

Messenger: I’ve come from Corinth. I’ll give you my report at once, and then you will, no doubt, be glad, although perhaps you will be sad, as well.

Jocasta: What is your news? How can it have two such effects at once?

Jocasta sums up the wonder of a great juxtaposition, the classic “good news and bad news” scenario.

In this case, the good news is that Oedipus is now king of his hometown. The bad news is that the messenger found him as baby left to die and he’s adopted. The truth is about to come out that Oedipus killed his father and married his mother.

Juxtaposition is but one of many literary devices authors use to add pizazz to writing. It’s extremely powerful: placing two contrasting things — or opposites — side by side can build rich images and meanings.

Open any book and you’ll see juxtapositions everywhere. Different authors use them with different frequencies. The trick is to use just the right number to make them truly stand out.

Look for juxtapositions in the next book you read. How far from the beginning do you have to go before you discover your first example? How frequent are they? Why are they used?

Is juxtaposition a literary device you use? What other devices do you use to write standout sentences?

Related Posts
Don’t Get Caught Up In The “Cult of the First Sentence”
A Stellar Book Opening… It’s Not About The Weather
The Isolated Sentence Test
Developing a Distinctive Voice in Writing
Narrative Structure, Part One: What It Is and How To Use It

The Absolute Best Books on Writing (according to 10 “top” lists)

How to Spot Self-Publishing Scams

Of Creativity And Madness

Pick The Best Sentences In Your Favorite Books (and try to...

How To Negotiate Large-quantity, Non-returnable Sales