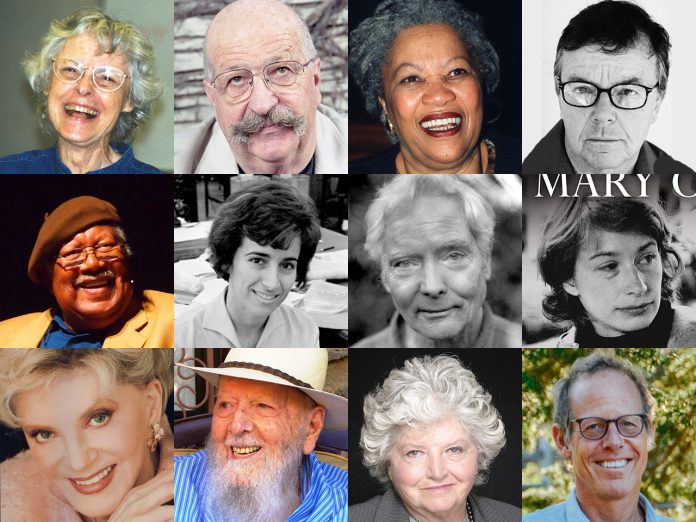 It’s time, once again, to remember and celebrate some of the authors who made major contributions to literature, poetry, nonfiction, and beyond who passed in 2019. Sadly, there are many more not listed here, so please add a tribute to authors we lost who meant something special to you in the comments below. 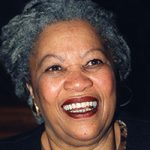 “Make up a story… For our sake and yours forget your name in the street; tell us what the world has been to you in the dark places and in the light. Don’t tell us what to believe, what to fear. Show us belief’s wide skirt and the stitch that unravels fear’s caul.”

Among her literary accomplishments, American novelist Toni Morrison won the Pulitzer Prize for Fiction (1988) for Beloved and became the first African American to win the Nobel Prize in Literature, whose press release states, “Toni Morrison is a literary artist of the first rank. She delves into the language itself, a language she wants to liberate from the fetters of race. And she addresses us with the lustre of poetry.” President Barack Obama presented Morrison with the Presidential Medal of Freedom in 2012. Photo: John Mathew Smith (celebrity-photos.com) [CC BY-SA] 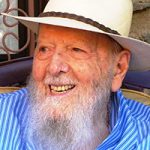 “I try to write a certain amount each day, five days a week. A rule sometimes broken is better than no rule.”

Herman Wouk joined the military after the attack on Pearl Harbor, which informed much of his historical fiction, including The Caine Mutiny, which won him a Pulitzer Prize for Fiction (1951), The Winds of War (1971), and its sequel, War and Remembrance (1978). He published 22 works between 1947’s Aurora Down and 2015’s Sailor and Fiddler: Reflections of a 100-Year Old Author, including fiction, nonfiction, and plays. Photo: BSWLA [CC BY-SA] 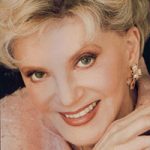 “Surely the whole point of writing your own life story is to be as honest as you possibly can, revealing everything about yourself that is most private and probably most interesting for that very reason.”

Judith Krantz singlehandedly launched the “sex and shopping” sub-genre of romance fiction, featuring wealthy, beautiful people on quests to find love and expensive designer wear. Krantz’ formula paid off to the tune of 85 million books sold in dozens of languages, all accomplished on the the strength of 10 titles, the first of which, Scruples, being published when the author was 50 years old. 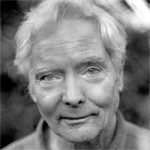 “Poetry is like making a joke. If you get one word wrong at the end of a joke, you’ve lost the whole thing.”

The 17th United States poet laureate (2010–2011), W.S. Merwin published a remarkable array of poetry collections, prose, plays, and translations (including Spanish, French, Italian, Latin, Sanskrit, Yiddish, Middle English, and Japanese). Merwin’s list of prizes and awards is equally impressive, racking up dozens of accolades from the 1950s through the 2010s, including two Pulitzer Prizes for Poetry (The Carrier of Ladders in 1971 and The Shadow of Sirius in 2009), the Tanning Prize in 1993, and the National Book Award for Poetry in 2005. 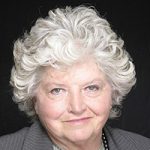 “Love is when you fry the other person’s bacon even if you’re a vegetarian.”

A 21-year veteran writer at Reader’s Digest, Patricia Nell Warren published her first book, The Last Centennial, in 1971 under the pseudonym of Patricia Kilina to critical acclaim. Her second novel, The Front Runner, a love story between a running coach and his star athlete, is noted as being the first contemporary gay novel to make the 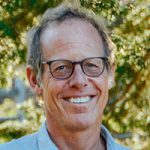 Tony Horwitz was an author and journalist who was published in outlets including The Wall Street Journal and worked for The New Yorker as a staff writer and foreign correspondent covering conflicts in Africa, Europe, and the Middle East. Horwitz won a Pulitzer Prize in 1995 for “stories about working conditions in low-wage America” published in The Wall Street Journal and authored several books, including Confederates in the Attic (1998), Blue Latitudes (2002), and Spying on the South: An Odyssey Across the American Divide (2019). 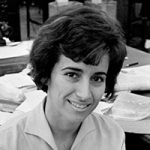 “Listening to that emotional, intellectually charged voice was stunning, realizing that never again would we hear live the sound of his voice and the power of his words. I felt a strong sense of unreality being in the King home at the end of his life, since I had been covering many events in his rise to fame. I was also feeling a strong sense of privilege for being in the King family’s home during that difficult time.”

Kathryn Johnson, a trailblazing reporter for The Associated Press, will be remembered for her coverage of the civil rights movement and other major stories, including being the only reporter allowed into the home of Martin Luther King, Jr. on the day of King’s assassination. Johnson was also on the scene to get the only eyewitness account of Charlayne Hunter’s first day as the University of Georgia accepted its first black student, in 1961. Her book, My Time With The Kings, gives her personal account of her time covering the Civil Rights movement (AP Photo, File) 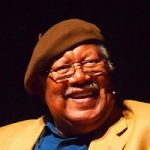 “Why is it that, as a culture, we are more comfortable seeing two men holding guns than holding hands?”

Ernest J. Gaines was awarded the National Medal of Arts in 2012 by President Barack Obama and the National Humanities Medal in 2000 by President Bill Clinton, who said Gaines’ “body of work has taught us all that the human spirit cannot be contained within the boundaries of race or class.” His novel, A Lesson Before Dying, won the National Book Critics Circle Award in 1993 and he’s the author of another nine books as well as numerous short stories. Photo: Slowking4 [GFDL 1.2] 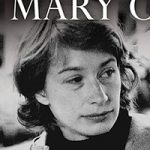 “Poetry isn’t a profession, it’s a way of life. It’s an empty basket; you put your life into it and make something out of that.”

Mary Oliver was a prolific poet — she published over 30 collections of her work over five decades — as well as a popular one, being described as “far and away, this country’s best-selling poet.” She was also highly regarded critically, counting a Pulitzer Prize for Poetry for American Primitive (1984) and a National Book Award for Poetry for New and Selected Poems (1992) among her accolades. 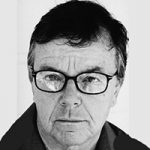 With co-author David Horowitz, Peter Collier published numerous biographies of American political dynasties, including The Rockefellers: An American Dynasty (1976), The Kennedys: An American Drama (1984), The Fords: An American Epic, and The Roosevelts: An American Saga (1994). He famously made an ideological 180º shift in the 1980s, from liberal to conservative, and founded Encounter Books in 1997. Collier also wrote a children’s book, The King’s Giraffe (1996) and The Fondas: A Hollywood Dynasty (1992) among others. 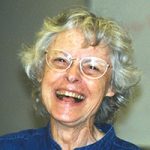 “I always had plenty of ideas. I didn’t exactly have them. They grew — little by little, a half an idea at a time. First, part of a phrase and then a person to go with it. After a person, then a little corner of a place for the person to be in.”

Carol Emshwiller wrote avant-garde short stories and science fiction, including The Mount (2002). Ursula K. Le Guin has called her “a major fabulist, a marvelous magical realist, one of the strongest, most complex, most consistently feminist voices in fiction.” 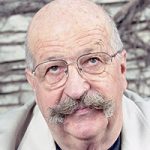 “All novels are fantasies. Some are more honest about it.”

While never a best-selling author, Gene Wolfe’s praises are sung by numerous authors who list him among their influences and inspiration. Known as a science-fiction and fantasy author, his works are described as intelligent and dense, with his four-part Book Of The New Sun being his most widely known.