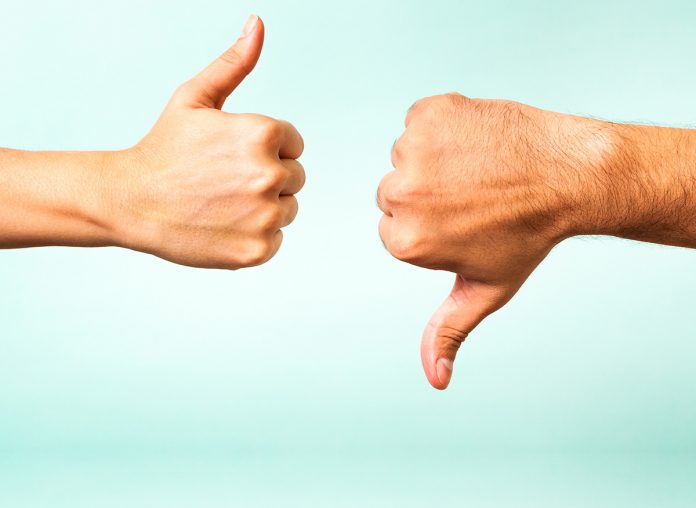 You own all your artistic decisions, so let your heart guide you on your path as you embark on the craft of writing.

Anyone intent on mastering his/her writing skills will encounter a bewildering assortment of ideas about the best ways to accomplish excellence in this craft. Here are some alternative takes on common nuggets of advice that suggest there might be more than one way to enhance your writing chops.

Do away with the outline

Your fifth-grade English teacher probably started hammering the idea of working from an outline into your head from the moment you began stringing sentences together to describe your pet turtle or how you spent the summer. This perennial advice percolates through a never-ending slate of writer’s guides, workshops, and instructional materials. Nonetheless, a significant number of highly successful writers shun outlines and encourage a more free-form approach.

For example, in Wonderbook: The Illustrated Guide to Creating Imaginative Fiction, Jeff VanderMeer argues against plot outlines and other “paint-by-numbers” story structures. He says: “The structure of a story can grow as easily from the way the residue at the bottom of a coffee cup resembles a continent as it can from reading a newspaper story about a heroic act. The most important thing is allowing the subconscious mind to engage in the kind of play that leads to making the connections necessary to create narrative.” This approach was clearly at work in his mind-bending science-fiction novel Annihilation, which was made into an eerie, thought-provoking movie, offering a new twist on the alien invasion theme.

Stephen King is another writer who plumbs his dreams, captures and records those curious random thoughts that drift by while walking down the street, and prods his subconscious for story ideas. Then he develops his works intuitively, never working from an outline. As he explained to an interviewer at The New Yorker (as he described in his book On Writing: A Memoir of the Craft), he believes that stories are found things, like fossils in the ground. Knowing the story ahead of time isn’t important to him; it’s a matter of excavating once he finds the fossil. “I’d suggest that what works for me may work equally well for you. If you are enslaved to (or intimidated by) the tiresome tyranny of the outline and the notebook filled with ‘Character Notes,’ it may liberate you. At the very least, it will turn your mind to something more interesting than Developing the Plot.”

In Bird by Bird: Some Instructions on Writing and Life, Anne Lamott offers this inestimable advice: “Perfectionism is the voice of the oppressor, the enemy of the people. It will keep you cramped and insane your whole life, and it is the main obstacle between you and a shitty first draft. I think perfectionism is based on the obsessive belief that if you run carefully enough, hitting each stepping-stone just right, you won’t have to die. The truth is that you will die anyway and that a lot of people who aren’t even looking at their feet are going to do a whole lot better than you, and have a lot more fun while they’re doing it.”

In Stephen Pinker’s The Sense of Style: The Thinking Person’s Guide to Writing, he assails the traditional worship of Strunk and White’s The Elements of Style, pointing out that it’s filled with incorrect grammar usage, contradictory explanations, conflicting examples, and little understanding of linguistics. For example, Pinker notes, “We now know that telling writers to avoid the passive is bad advice. Linguistic research has shown that the passive construction has a number of indispensable functions because of the way it engages a reader’s attention and memory. A skilled writer should know what those functions are and push back against copy editors who, under the influence of grammatically naive style guides, blue-pencil every passive construction they spot into an active one.”

Pinker earned his stripes as a renowned linguist and Harvard Psychology Professor, which is maybe worth a few extra points for credibility. I also recommend Karen Elizabeth Gordon’s witty and irreverent The Deluxe Transitive Vampire: The Ultimate Handbook of Grammar for the Innocent, the Eager, and the Doomed. It’s a lot more fun and, ultimately, more practical than the stodgy, unimaginative The Elements of Style.

Everyone’s favorite disreputable poet, Charles Bukowski, takes it a step further and tosses grammar out the window completely. An article on Brain Pickings quotes a letter in which he explains to a friend his response to getting a D in English as a college student: “I didn’t pay a hell of a lot of attention to grammar, and when I write it is for the love of the word, the color, like tossing paint on a canvas, and using a lot of ear and having read a bit here and there, I generally come out ok, but technically I don’t know what’s happening, nor do I care.”

Maverick and wunderkind novelist Cormac McCarthy eschews the use of punctuation in his writing. No quotation marks, no commas, no em-dashes, and not a semicolon are to be found in his books. During an interview with Oprah Winfrey, McCarthy explains the rationale behind his punctuation-free prose: “James Joyce is a good model for punctuation. He keeps it to an absolute minimum. There is no reason to blot the page up with weird little marks. If you write properly, you shouldn’t have to punctuate.”

Let your story dictate your pace

Turning again to Stephen King for sage advice, in an interview with The Guardian, he says, “Pace is the speed at which your narrative unfolds. There is a kind of unspoken (hence undefended and unexamined) belief in publishing circles that the most commercially successful stories and novels are fast-paced. Like so many unexamined beliefs in the publishing business, this idea is largely bullshit… which is why, when books like Umberto Eco’s The Name of the Rose suddenly break out of the pack and climb the bestseller lists, publishers and editors are astonished. I believe each story should be allowed to unfold at its own pace, and that pace is not always double time.”

For anyone out there pondering whether they can plan a wildly successful career as a writer, in a Masterclass session Margaret Atwood has this to say, “When I was starting to write, none of us thought that we were going to have careers. We thought we were going to have vocations, which is quite a different thing. Our idea of being a writer was not a six-figure contract. It was the garret in Paris with the absinthe and tuberculous and being a penniless unknown. People get news of this occasional writer who gets this fabulous contract and they think that that’s the norm. But it isn’t. The norm is that most writers don’t make a living out of their writing. Don’t forget that many well-known writers had other jobs.”

Write what you don’t know

T.C. Boyle — with literary credentials that stretch from here to eternity — heartily disagrees with the adage “write what you know.” In an interview for Writer’s Digest, he says, “I love to write fiction and only fiction because it is a process of discovery. I don’t know what will come. The old saw with writing is write what you know. I feel just the opposite. ‘Write what you don’t know and discover something.’ That’s why it is so exciting for me to continue to write fiction. I never know what will come next.”

Boyle also has a fitting close for this article. In the same Writer’s Digest interview Boyle says, “There are no rules. Some writing teachers have certain rules — these things you can and cannot do. I think that is patently absurd because you’re working in an art form and you are the only one who can write your own stories for better or worse of everybody who has ever been on this earth. That’s one of the miracles of it. In order to do that, you have to find out what your own way is. Any story can break any rule and be great. All you have is an individual work by an individual person. Once that work is complete, you examine it.”

Now you have another set of rules to embrace or ignore as you develop your proficiency as a writer. Ultimately, you own all your artistic decisions, as well as all the nitty-gritty elements of the writing process itself. Let your heart, tempered by intellect, guide you on your writing path.

Related Posts
Completing A Novel: A Look At Various Writing Methods
“Method Writing” Can Help You Create Believable Characters, Write What You Don’t Know, And Overcome Writer’s Block
Six Things You Need To Write A Book
A Fun Way To Build Your Writing Muscles
10 Writing Exercises To Break You Out Of Your Creative Rut

Advice For Writers: Embracing The Cycles Of Creativity

Advice For Writers: Embracing The Cycles Of Creativity