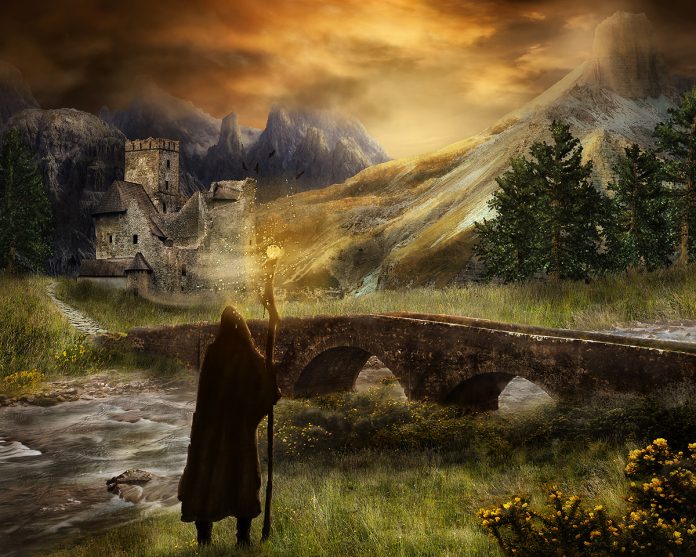 World-building stories can transport readers and ignite imaginations — but crafting them is easier said than done. How do you create fresh new worlds that work for both you and your readers?

Robots and zombies, aliens and spirits, benevolent deities and terrible demons, brave hobbits and wise wizards — all have been used to mesmerizing effect in brilliant works of world-building fiction.

Regardless of whether your tastes run closer to J.R.R. Tolkien, J.K. Rowling, Isaac Asimov, or another direction completely, creating new imagined worlds in your writing can be liberating. It can also be a daunting challenge. After all, if you plan to welcome readers into a new world of your creation, it has to be somewhere that you, as a writer, and they, as an audience, will want to live for at least a short time.

Here are some tips for creating your own successful world-building works of fiction.

Go to an extreme

In Seveneves, Neil Stephenson creates a world where the moon explodes and destroys the earth. In the Scythe series, Neil Schusterman builds a reality where technology renders death obsolete, the world is governed by benevolent AI, and a caste of sanctioned assassins periodically “glean” people to keep the population under control. In Flatland, Edwin A. Abbott creates a story in which characters are two-dimensional geometric figures and the narrator is a square.

The list could go on for pages, but the lesson is the same: when you sit down to write your own new world into literary reality, let your imagination go wild and build whatever sort of fantastical world you see fit.

Tweak one thing about reality

World-building does not mean you have to throw everything about your own day-to-day reality out the window, and dragons, ghosts, and spirit animals are by no means required.

Instead of building whole new mythologies, what if you were to create a world that was exactly like the one in which you live, except that one single thing changes? Tom Perrotta’s The Leftovers — a story in which millions of people vanish without explanation — is a great example. How does changing a lone aspect of the real world affect the people, places, and events within it? Any such shift could be a great creative spark as you begin crafting your own imagined world.

Two of my favorite world-building works are The Walking Dead (the comic book series) and World War Z (the book). Writers Robert Kirkman and Max Brooks do a great job in their respective works of creating vivid and bizarre realities in which the dead rise and dumbly devour — yet both creators keep their characters strictly, painfully, and transcendently realistic.

Figures in both imagined worlds rise to unexpected heights and fall to deplorable depths and the reader is with them every step of the way. Once the initial suspension of belief is taken and the alternate worlds where these characters reside is accepted, their actions are poignant, painful, and powerful.

In your own world-building writing, remember that no matter where they are and what their worlds are like, people are people (assuming you’re writing about humans). Building your characters’ stories around a core of realistic and relatable behavior will make your imagined world that much more captivating.

Focus on the details

In the Scythe series, a religion called Tonism plays an interesting role. Tonists believe in the sacred nature of sound, and all of their lore and core beliefs are aurally themed. In one masterful throwaway moment, Schusterman describes how a Tonist character’s robe is decorated with a geometric pattern that is actually visualized audio information representing the song “Bridge Over Troubled Water.”

This may seem like a small detail, but attention to microscopic facets like this can make an imagined world seem truly, vividly real.

Keep in mind that every single aspect of your imagined world need not be crafted with such thoughtful design. But the more you can strategically and artistically throw in such content — in ways that elevate the overall story — the more real and engrossing your world will feel to readers.

Few things can turn a reader off faster than an imaginary world that doesn’t make sense or refuses to play by its own rules. After all, readers give authors the benefit of the doubt when they suspend disbelief and allow themselves to live within an imaginary world. Making those imagined worlds internally consistent is a responsibility authors owe them in return.

Though it’s not a story in book form, Pacific Rim offers a single, prime example of what not to do when world-building. If you’re not familiar, Pacific Rim is a big, noisy, largely entertaining movie about giant robots saving humanity by battling monsters from under the sea. The film does a great job of creating an imaginary world in which these improbable events seem perfectly reasonable — until that single moment when it doesn’t anymore.

In this scene, two protagonists battle a tough monster and one suggests that they deploy a powerful weapon that helps them butcher their opponent with ease. This is all well and good — but where was that weapon during every single previous battle in which heroes were almost destroyed? Clearly the protagonists are not stupid to the point of forgetting its existence, and no explanation is given as to why that weapon may have been previously unavailable. It’s simply a moment of internal inconsistency that takes the audience out of the story in an abrupt and unpleasant way.

In your own world-building stories, don’t have sun-allergic vampires suddenly walk on the beach mid-day with no consequence or explanation; similarly, if your main character possesses the power to levitate, don’t have her freak out because she’s fallen into a hole and doesn’t know how to escape. Logical consistency within your imagined world, no matter how fantastical it may be, will help you keep your readers coming along for your entire storytelling journey.

Don’t expect yourself to sit down, start writing, and suddenly create something as rich and detailed as Hogwarts, Middle Earth, or Westeros. World building takes time, revision, and reflection. Give yourself space to explore and discover your new world in the same way your readers will when it’s their turn to experience it.

How do you approach world-building in your own writing? Share your thoughts in the comments below!

Related Posts
Good Science Makes For Good Science Fiction
Request a “Suspension of Disbelief” Edit of Your Book
What Are Your Readers Thinking?
How To Solicit And Act On Feedback From Beta Readers
Writing Characters Who Aren’t Like You