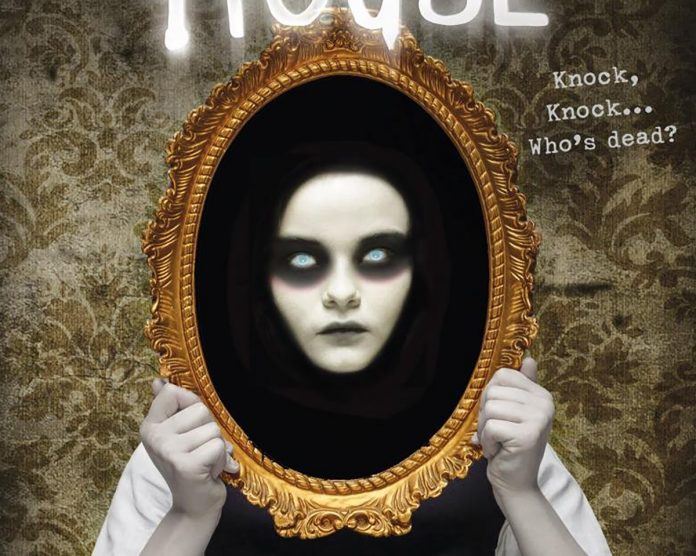 Dan Poblocki published his first horror book for school-age readers, The Stone Child, just over 10 years ago. He took time out of his writing schedule to talk about his creative process, social media, and his favorite horror films. 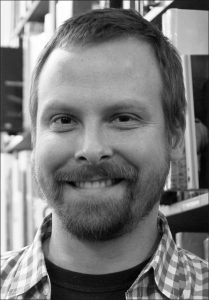 If anyone can lay claim to being the current master of horror for Middle Grade literature, it’s Dan Poblocki. Dan is the author of the Shadow House series, as well as such modern classics as The Nightmarys, The Ghost of Graylock, The Haunting of Gabriel Ashe, The Book of Bad Things, The Stone Child, and others. I knew from following Dan on social media that he would have a lot to offer our fellow writers, and we touched on everything from defeating writer’s block to writer’s groups and more. Even if you don’t write horror, I’m sure you’ll find much of what Dan has to say inspiring.

I’m fascinated by the creative process and am always interested in how other authors approach new projects. When starting a new novel, do you tend to start with a concept, a character, or something else?
Usually the concept comes first. Once I have an idea what the story can be, I start thinking about characters that can serve the themes of the story and how their personalities could create the most conflict. This conflict then drives the narrative. Of course, the setting is also pretty important, so that ends up somewhere in those initial brainstorms too.

Are you a pantser, a plotter, or somewhere in-between?
I started out as a pantser and fought vehemently against working from detailed outlines. But after creating several long series, like Shadow House, I realized that outlines are actually my friends. Now, I use them all the time. I like to think of outlines as living documents, so if I feel like the story is pulling me away from what I’d originally planned, I’ll allow myself to follow those new paths.

Do you ever suffer from writer’s block? If so, are there things you do to break out of it?
All the time. And yes, I’ve found a few tricks that have helped get me through. Whenever the block is really bad, I give myself a writing goal of one paragraph per day. This brings me to the computer, where I might not otherwise have chosen to go. Often, I’ll write much more than that one paragraph. Even if I do end up with only one paragraph, I congratulate myself on accomplishing my goal. It’s important to be kind to yourself. Your writing brain will thank you for it.

Another technique I’ve used is to open my notebook and just write the words “you can do this” over and over, until I fill a page or two. This triggers something in my mind that allows me to take off running, literarily speaking. It’s like a warm-up before exercising. A more recent method I’ve discovered is using time-management apps on my phone to keep me focused. My favorite is called Bear Focus Timer, which allows me to do writing sprints, 20 minutes or so, with five-minute breaks in between each sprint. I set the number of sprints to three or four before I need a longer break. The fun thing about the app is that the timer only runs if your phone is face-down, so you can’t check it. And if you DO check it, this cute image of a bear pops up and scowls at you! If I need to do lots of writing really quickly, this method is the most effective.

After you’ve written a first draft, how long before you dive in to do a rewrite? Do you ever feel like you need to take some time away to get some perspective?
Depending on how quickly I need to turn in that draft, I will usually try and stay away from it for about five to seven days before hopping back in. Sometimes longer if the book isn’t due to anyone.

Do you have a favorite scene in one of your books? If so, which one and why?
I guess I’ve always really loved the scene in The Nightmarys where Timothy is attacked in his home by a giant painting of a fire-breathing dragon. (Spoiler-alert: He defeats it with an old tin of turpentine he finds in his garage.)

Are there books or ideas you’ve had sitting around for a while that you’re unsure how to write?
Absolutely. Self-doubt is a real jerk. But the thing about novels is that each one you write is a lesson. Each experience I’ve had has helped me grow as a writer. So maybe, one day, I’ll feel confident enough to tackle those weirder ideas.

In an interview with Awake at Midnight, you mention you’ve never really had to pull back in terms of making a story too scary (with the one exception being excessive graphic violence.) Do you still feel that way? Have you ever written or thought of something you thought might be too dark or disturbing for kids?
I’ve actually been thinking lately of writing even darker and more disturbing stories. Every reader has a threshold, and if something is too scary, kids know how to put a book down or to not even approach it in the first place. When I was young, I wanted capital-S Scary Stories. I’m happy that I was able to find them, read them, and then cower beneath my covers. For some reason, I loved that feeling. But I understand not everyone else does.

The thing about horror is you never know what’s going to freak someone out. Have you ever gotten any feedback from readers that something was too frightening or disturbing for their kids?
I haven’t gotten that feedback from anyone who’s actually read my books. I’ve heard plenty from people who haven’t read my books, but I tend to ignore those people.

Do you read reviews, both from professionals and from readers? Have you ever come across feedback that has positively affected your writing? Any negative feedback that’s gotten under your skin?
I think reading reviews is a bad idea, especially for me. Once the book is out in the world, I can’t do anything to change it, so it doesn’t help to know what Goodreads members are saying about it. As for the professional reviews, each book is not for every person, so I try to not let the occasional negative one creep under my skin. It’s taken me a long time to learn this!

Do you still participate in writing groups? Who do you turn to for feedback?
When I moved out of Brooklyn a few years ago, I felt like I’d left my beloved writing community behind. Only recently have I started connecting with some writers in the Hudson Valley. There are a ton up here! But for professional feedback, I still reach out to some trusted writer friends in NYC.

Your Twitter feed is one of my favorites. You always have fun and interesting things to say and I really enjoyed your recent 31 horror films in 31 days series. Do you spend a lot of time coming up with content for social media? Was there a conscience decision about who your social media personality would be? Are there things you definitely do not want to post about, like politics?
Well thanks! I have mixed thoughts about social media and Twitter, in particular. It’s fun to participate in events like sharing all the horror films I watch every October. Commiserating with other writers keeps me from feeling isolated. I don’t spend much time planning what I post. I feel like my feed is a mix of my own book news and promotional stuff as it happens, as well as really dumb thoughts that come through my mind in the middle of the night. My personality online is pretty earnest and silly, just like in real life. The trolling culture of these sites is awful, and I’ve seen the devastating effects it can have on friends’ psyches. It almost makes me want to delete my accounts. I also understand that it’s important as an author to try and participate. Because of the trolling, I do try to stay away from politics — from the national stage to opinions about Star Wars — but sometimes I can’t help myself.

If you could choose a film director to adapt one of your books, who would be your first choice?
I’d love to see what Karyn Kusama would do with a creepy kids book adaptation. She directed the under-appreciated Jennifer’s Body and another recent favorite called The Invitation.

What’s the scariest horror film you’ve ever seen?
It’s so subjective, of course, but one movie that left me trembling was Jacob’s Ladder. The scene where Jacob is strapped to the gurney and brought through those twisting hallways into the surgery room caused me many a nightmare. Another is It Follows. I suppose you could sum this one up by saying it’s a story about teens in the suburbs dealing with a sexually-transmitted demon? The world in which it exists is so close to our own and yet, different. Almost imperceptibly. It’s such an intense and effective film, with only a few jump scares but plenty of creeping dread. Some of the images are so disturbing, I doubt they’ll ever leave my mind.

What’s your favorite, recent horror novel?
A Head Full of Ghosts by Paul Tremblay. It’s about a family, one of whose daughters is troubled, and may or may not be possessed. I don’t want to say too much more, except that it has one of the most twisted, chilling endings I’ve ever read.

Related Posts
Internal Conflict And Your Characters
Writing three-dimensional characters
The Importance of Setting In Your Story
Confronting bad book reviews
Can You Trigger Creativity?