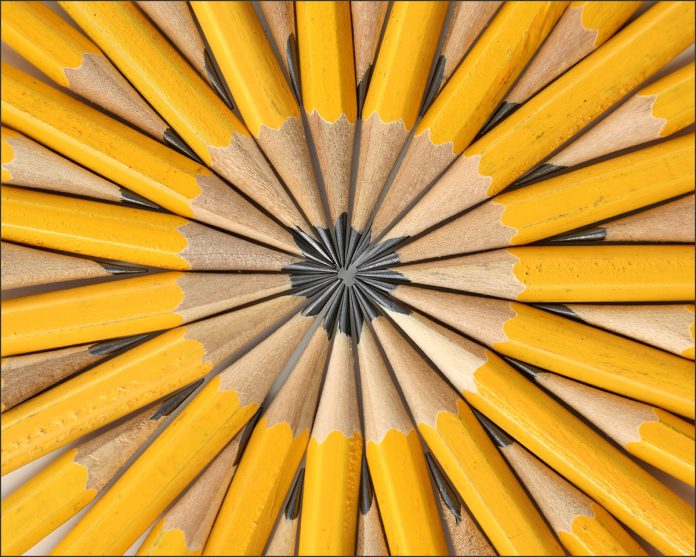 Edgar Allan Poe’s notion of “unity of effect” describes his belief that everything in a written work must lead toward the denouement, starting with the first word.

The “unity of effect” is a concept coined by Edgar Allan Poe and described in a review of Nathaniel Hawthorne’s Twice-Told Tales, published in 1842, and an essay, “The Philosophy of Composition,” published in 1846. Creating a memorable and evocative unity of effect requires knowing your ending and lining up all your story elements to most strongly impact the reader, according to Poe.

The term has two parts which can be understood separately: “unity” and “effect.”

Word towards unity. Great writing has unity. Unity in writing is a harmony of the components that makes the whole greater than the sum of the parts. Unity creates synergy, amplifying the effect. Disunity is anything that jars, distracts, or confuses from the story and must be discarded.

Establish unity from the start. Poe states that building a desired effect must start from the first words of a piece. He writes:

If his very initial sentence tend not to the outbringing of this effect, then he has failed in his first step. In the whole composition there should be no word written, of which the tendency, direct or indirect, is not to the one pre-established design. —Poe, 1842

Know your ending. Since Poe starts with an effect, it makes sense he suggests all authors should start only once they know the ending. His writes:

Nothing is more clear than that every plot, worth the name, must be elaborated to its denouement before anything be attempted with the pen. It is only with the denouement constantly in view that we can give a plot its indispensable air of consequence, or causation, by making the incidents, and especially the tone at all points, tend to the development of the intention. —Poe, 1846

Engineer your effect. Poe argues that many writers would love readers to think their works arrived in fits of inspiration, but the truth is that composition is deliberative work. In a great story or poem, all the pieces have been selected for maximum psychological impact. He writes:

It is my design to render it manifest that no one point in its composition is referable either to accident or intuition — that the work proceeded step by step, to its completion, with the precision and rigid consequence of a mathematical problem. —Poe, 1846

One sitting. Poe says his first desideratum, or design goal, was a short length. Poe insisted that short pieces were superior to novels because for the impression to be strongest the reader had to consume the material in one sitting.

If any literary work is too long to be read at one sitting, we must be content to dispense with the immensely important effect derivable from unity of impression — for, if two sittings be required, the affairs of the world interfere, and everything like totality is at once destroyed. —Poe, 1846

Evaluating your own work

If you start with the concept of unity of effect, you will far more likely be able to implement it by the end of a work. Ask yourself these questions:

What kind of unity of effect have I produced? If you are just starting, think about what kind of effect — or in reader parlance, what “story hangover” — you wish to create. If you are done, check how strong it appears on the page. What will readers think and feel after they read the last word? What single impression will be formed? Will they understand your intentions?

If you are writing a short story or poem, Poe’s concept of unity of effect applies directly. From the shortest microfiction to the longest novel, any written work can still be thought of as having a unity of effect, just not in the exact way Poe meant. He says poems are composed of shorter poetic effects. Any longer work is the same. Optimize all your effects and give the utmost care to the last chapter.

Will readers complete the read? Ask yourself if you have done enough to make sure readers keep reading. This requires making an intriguing promise at the beginning so they turn the pages all the way to the end. Otherwise, they will fail to reach your well-crafted unity of effect.

Are all my literary elements and devices contributing to my unity of effect? At each step of your envisioning process, ask how each of the literary elements and devices you use help to bolster the unity of effect are working. How well do they complement each other? Do you build synergies and surprises? Is all resolved satisfactorily in the denouement? How could any single element be strengthened? Combinations of elements? The whole?

Have I edited accordingly? The goal of working towards achieving a strong unity of effect is a line in the sand for editing. Anything that amplifies the effect is on the correct side of the line. Anything else must be rejected.

How have I pioneered? Poe pioneered new genres, horror first and foremost. He also wrote one of the first detective novels and one of the earliest examples of science fiction. The power of effect was therefore of prime importance to him: he was pushing readers’ minds and emotions into new directions. The effects he engineered with his stories and poems, known for the macabre, were unprecedented.

Today, all genres are defined by their unity of effect. Horror delivers a package of fear; romance, happiness. If you write genre fiction, innovate the “how” of your effect. If you write literary or experimental fiction, push the envelope of what is possible for an effect.

Have I put in enough hard work? Poe was notable for being the first writer in America to earn his living by writing. He was a writer but also an editor, critic, and theorist. “The Philosophy of Composition” is historic for being one of the first “how-to” tracts on writing. Here was an accomplished writer talking about his process. He wanted to make clear it was hard work – nothing was random.

This is the end

Much is written about the importance of the start of a story, but it is the ending that is of ultimate importance. You want readers to get to the end and you want to craft a satisfying, lasting impression. This is done by unifying the contents — starting from the first words — to produce a singular and memorable unity of effect.

There is debate about whether Poe truly worked this way or merely presented this as a logical way to work. Either way, what is doubtless is his success at creating stories and poems of lasting unity of effect. Read “The Philosophy of Composition” to see how he did this for his most famous poem, “The Raven.”

Dawn Field (July 20, 1969 – May 2, 2020)
In late 2015, Dawn Field submitted her first post to the BookBaby Blog. A molecular biologist, Senior Research Fellow of the NERC Centre of Ecology and Hydrology, guest professor at the University of Goeteborg in Sweden, and co-author of the book, Biocode: The New Age of Genomics, Dr. Field came to us hoping to find a forum to share her experience and love of language with an audience of writers. While many unsolicited submissions don’t quite meet the needs (or standards) of our readers, something about Dawn’s writing stood out. I posted the article, and to my grateful amazement that initial contribution flourished into a five-year collaboration resulting in nearly 100 posts published on the BookBaby Blog. Sadly, on May 2nd, a voice that was an inspiration to so many of us in the self-publishing community was lost when Dr. Field suddenly and tragically passed away at the age of 50. We will continue to publish the pieces Dawn had submitted (she was always months ahead of schedule) in honor of her commitment to teaching and to the craft of writing. Rest in peace, Dawn.