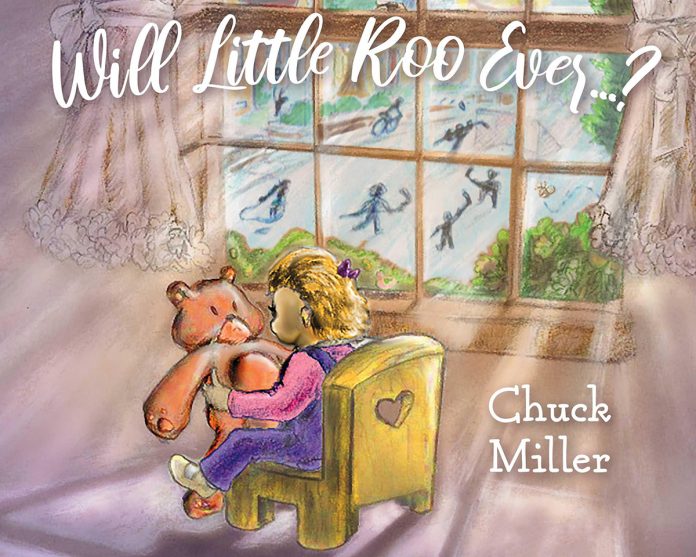 When embarking on his Kickstarter campaign, author Chuck Miller spent a lot of time looking at other campaigns for ideas. He checked all the boxes, from producing videos to getting creative with donor rewards, on his way to achieving his goal.

One of the things I like most about being president of BookBaby is engaging with the diverse group of authors who become part of our family. There are so many different reasons people choose to work with us, and so many different roads they travel to get to our door.

Which is why I take as many opportunities as I can to ask authors why they chose to self publish through BookBaby. Not surprisingly, the answers are as diverse as the authors, themselves. Some point to our huge distribution network for both books and eBooks. Others are drawn to our design professionals who create beautiful book covers and expert interior formatting.

And more than a few tell us they just want to write and let someone else do the heavy lifting of publishing. That’s where BookBaby author Chuck Miller checks in.

“I don’t speak the technical language of publishing at all,” says Miller. “I was really surprised how well it went with BookBaby, with so little hassle. Once I had all the files uploaded, the next thing I knew I had book proofs! I was surprised about how it easy it was.”

From magazine articles to blog posts, Miller has been writing since the 1990s. Most of his early writing was in the area of strength and conditioning. When tragedy struck his family, his writing went off in new directions.

“When my daughter Ruby passed away, my heart was broken and I needed an outlet,” writes Miller on his BookBaby author bio. “I started grief blogging. I don’t even know where those words came from, but they’re some of my best. They reached a fair number of people too (27,000 and counting), and they gave me confidence that maybe I had something to say on some new topics.”

He started writing on a wide range of topics, from essays on homelessness to a humor piece on an Instagram influencer who lost and found her motivation. But it was his daughter’s all-too-short life that prompted his latest writing endeavor.

“My book is a children’s picture book called Will Little Roo Ever…? It’s about a little girl with developmental delays who’s struggling to catch up to her peers. It’s inspired by my daughter, but it’s not entirely her story. It’s my take on the emotional journey of every child and family who finds themselves in a similar situation.”

As he was writing about Ruby’s challenging life, Miller realized he had a challenge of his own: How to publish and get his book to the marketplace. “I had written the story and just had it on the shelf for several years. I tried to shop it to a few publishers and looked into self-publishing avenues, but I didn’t have much money to spend on it.”

How Miller was able to fund his book project is a great lesson for everyone in the BookBaby community, whatever your motivation and purpose in writing.

Like thousands of other self-published authors, Miller decided to try crowdfunding to defray his publishing costs. Miller chose Kickstarter as his platform and joined the 48,000 publishing projects that have been launched on the service.

“I looked at all of the different platforms,” says Miller, “and Kickstarter’s user interface seemed the easiest to navigate. I had donated to a successful campaign in the past, so I had more familiarity with it as a donor.”

According to Kickstarter data, only about 30 percent of publishing projects are able to attract enough donors and cash to meet the authors’ goals, so Miller knew he’d have to pull out all the stops to find his financial backers.

“I spent a lot of time looking at other campaigns and got a lot of ideas for my own,” explains Miller. “I checked all the boxes, from doing videos to getting creative with donor rewards. I got tips from the Kickstarter FAQs and the ideas they offer on the website.”

It also didn’t hurt Miller’s efforts that he already had a thriving blog audience. “I had 30,000 followers from my grief blog and a pretty big social media following, so I wasn’t exactly unknown.” He posted notices about the campaign every other day for three weeks and it paid off. “The majority of the donors came through my social media efforts.”

Miller launched his Kickstarter campaign in July 2019. In just a few days, he had collected nearly 70 percent of his $5,000 fundraising goal. Ultimately he received $5,374 from 68 backers.

Here’s more about Miller’s writing efforts, in his own words.

How many books have you written/published?

I’ve done a lot of writing over the years. I started writing articles for magazines in the 1990s. It was a great way, back then, for people to start and practice their writing. I wrote a lot of articles for a small niche magazine devoted to strength training. After the magazine folded, I collaborated with its publisher on a Q&A book about strength training that we published in 2016.

What inspired you to start writing?

After my daughter passed away, I created a grief blog. It was my way of processing my own grief and also hopefully helping others do the same. The readership grew quickly and the feedback I received helped me gain more confidence in my writing.

What has helped you grow as a writer?

I haven’t read a lot of books on writing. Instead I do a lot of research online. There are a lot of articles about the writing process on Medium. Several very good writers there share valuable insight about how they’ve published, built an audience, and made money. Otherwise, I’ve really just cut my own path in terms of my writing process. I have an idea file on Google Docs that I update frequently. Sometimes, if I just think of a title for an article the piece almost writes itself.

I keep a notepad by my bed at night. My ideas will slip through my fingers if I don’t get them down immediately. And if I have time, I’ll just try to free-form some ideas. On a good day I can sit down and produce 1,000 or more words on a topic and sometimes even produce a complete first draft of a feature-length article.

What books or authors have most influenced your own writing?

I’m not a huge fiction reader, but I read a bunch of books. Biographies and memoirs are my favorites. I think it’s important to set aside time to read and write every day.

Did you try or consider traditional publishing?

I sure did, and I received my share of rejections. I didn’t have an agent but I bought a copy of a book called Writer’s Market and contacted agents and publishers. I ended up having a few conversations and getting a lot of advice. I explored traditional publishing on and off for well over a year.

Ultimately, I talked with a woman who has a publishing consulting company in western Maryland. She did some light editing of my manuscript, helped me come up with a sensible layout, and recommended BookBaby.

What’s the best/worst thing about self publishing your own book?

I have to say, BookBaby made it pretty easy. I liked the level of control I had over the project. But because I was new, I was a nervous wreck at times. I’m not artistic myself, so I had trouble envisioning how the illustrations would integrate with the text. The book proofs I received were beautiful, and those concerns melted away.

Overall, I think I should have done it sooner. I’m a bit of a perfectionist and I sat on it for a long time before finally pressing forward.

What’s your marketing plan to get book sales?

I’m doing a lot of different things to try to sell more books. Like the crowdfunding campaign, I’m trying to check all the boxes. I don’t have an extensive email list or a good way to capture email addresses, but I am slowly building a list. I’m also doing a lot of social media marketing. I have a Facebook page devoted exclusively to my writing. I saw a BookBaby blog post about an author website and created one. I’ve had a couple of book signings, and I sell 10 to 15 books every time out. And I’ve placed the book in a couple of local bookstores and libraries.

What advice do you have for authors contemplating self publishing their first book?

I waited too long to get my book out. Now, that doesn’t mean you should just jump in and publish anything. You should be deliberate about it; let a lot of people read your manuscript and critique it. But at some point, you just have to put it out there. I know a lot of people who hide their writing under the mattress and never let anyone see it.

Capitalizing On The Stickiness Of Serial Fiction

Step #1 To Finding Your Readers: Make The Best Book You...

When Is The Right Time To Write?