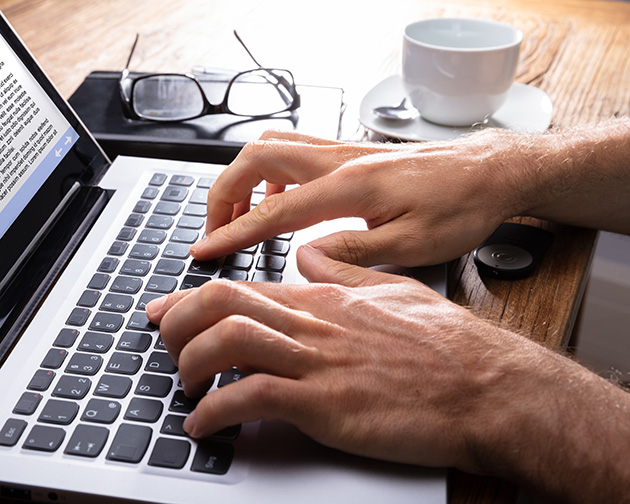 Regardless of what, how, and when you write, the key is to write a lot, in as many different contexts as possible, and let the experience help you grow as a writer.

Few amazing authors were born amazing authors. The vast majority spent years practicing their art and mastering their craft prior to completing their first renowned manuscripts. For many, that woodshedding process involved actively writing in a variety of non-book-building contexts.

Here are just a few examples of authors who honed their wordsmithing chops in diverse and sometimes unglamorous ways before making the leap to literary stardom.

Ernest Hemingway was a journalist for The Kansas City Star and then a foreign correspondent for the Toronto Star before becoming the Nobel Prize-winning author of legendary works like The Sun Also Rises, To Have and Have Not, and The Old Man and the Sea.

Laura Ingalls Wilder wrote and edited for Missouri Ruralist before creating the hugely popular Little House on the Prairie series.

Maya Angelou lived in Africa and worked as a journalist for The Arab Observer and The African Review before her debut poetry collection, I Know Why the Caged Bird Sings, was published.

Chuck Palahniuk earned a BA in journalism and wrote for a local Portland, Oregon newspaper before publishing cult hits like Fight Club.

E.B. White worked for The New Yorker — and even wrote the grammar manual The Elements of Style — before crafting the children’s classic Charlotte’s Web.

J.R.R. Tolkien was a writer for the Oxford English Dictionary, and a translator of epic poems like Beowulf, before building the world of The Hobbit and Lord of the Rings.

Neil Gaiman worked as a freelance journalist before creating American Gods, Coraline, The Ocean at the End of the Lane, and other hugely popular works.

The benefits of diverse experience

Though I’m only part-way through writing my first novel (discussed in “The Accidental Novelist: How Stolen Moments Can Make a Book“), I can already speak firsthand to how immensely helpful diverse writing experience can be when it comes to dragging a book out of your imagination and manifesting it on the page in front of you.

My first professional writing credit was an article on Australian Aboriginal oral heritage that I wrote for Language Magazine when I was 21. The experience I gained learning to communicate about alternate world views informs major sections of my current novel-in-progress.

My first full-time job out of college was as an editor at a music and technology magazine. The skills I learned there — especially when it came to translating complex, techy, and often obscure subject matter into language anyone could understand — plays a role in literally every sentence I write in my manuscript.

As part of that gig, I also had the great honor to interview world-class musicians, regularly writing about them for cover stories. Whenever I imagine dialog in my current manuscript, memories of those interview conversations and the work needed to translate raw discussions into publishable article text come heavily into play.

More recently, I worked as Chief Marketing Officer for a startup that used artificial intelligence in a heavy industrial context. The comfort I gained writing about the past, present, and future impact of AI, manufacturing, and other highly technical subjects gave me the subject matter fluency I now need to build a major theme in my book.

The list could go on — but needless to say, I would not be equipped to draft the manuscript I’m creating without the diverse spread of experience I accumulated over the years.

To be clear, you do not need to be a professional journalist, startup CMO, published writer, skilled slogan writer, or anything else to write a great book. If your writing experience is limited to emails, diary entries, social media posts, industry reports, or love letters, every word written is of value and it all comes into play when you sit down to pen your own major work.

In other words, in your writing career, any time spent telling stories with written words — of any sort and in any format — will move you closer to writing the book you want to write. And if you want to up your game and gain fresh experience to further master your craft, there are infinite ways to get there.

Are you interested in a particular social cause or political candidate? Volunteer to write materials in their support or craft op-eds or letters-to-the-editor expressing your opinions. It matters less that such pieces get published than is gaining the experience of writing them. And who knows — perhaps similar themes will make a prominent, unexpected, and plot-shaping appearance in your next manuscript.

Similarly, are there local papers, small trade journals, enthusiast blogs, or other outlets that intrigue you and are looking for content? Sign up, write a lot, and see what happens. Every sentence you mindfully formulate on page or screen will make you a better writer and move you closer to the mastery you need to craft a book you will be proud to have authored.

Regardless of what, how, and when you write, the key is that you write a lot, in as many different contexts as possible, and let yourself grow as a writer from the experience.

Has a diverse range of writing experience helped you when putting together your first book? Share your own story in the comments below.

Make Inroads Into The Homeschool Market