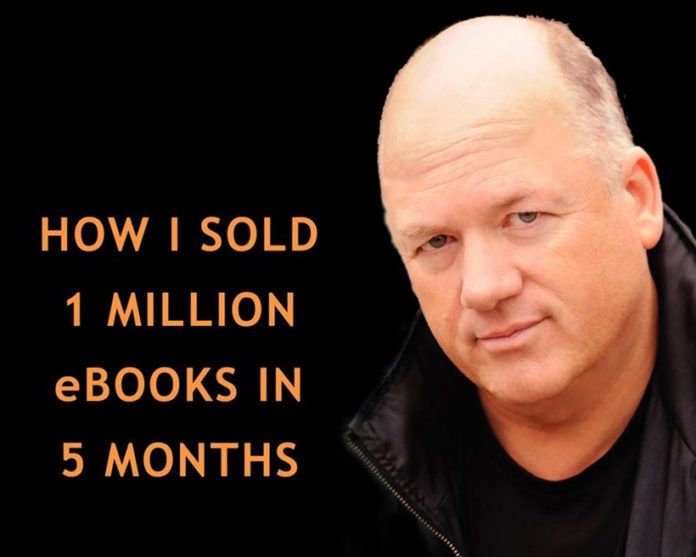 John Locke’s story of success selling his self-published books, and the scandal it kicked up, provides multiple lessons on why the best way to long-term success is writing quality books and putting in good, honest hard work.

By all appearances, John Locke and his Donovan Creed suspense novels are the quintessential self-publishing success story.

Locke, a successful businessman from Louisville, Kentucky, owned an insurance agency and was a real estate investor. In 2009, he started writing fiction. That’s when Donovan Creed was born.

Locke endured a relatively slow start as an author, but in time — almost miraculously — his sales skyrocketed.

In 2011, Locke had four titles on the Top 10 Best Sellers list on Amazon, including the #1 and #2 spots. In that same year, Locke sold more than a million eBook copies of his nine Donovan Creed novels and was celebrated as the first self-published author to achieve that milestone.

“It’s so exciting that self-publishing has allowed John Locke to achieve a milestone like this,” said Russ Grandinetti, Vice President of Kindle Content back in 2011. “We’re happy to see Kindle Direct Publishing succeeding for both authors and customers and are proud to welcome him to the Kindle Million Club.”

This caught the attention of the publishing houses, and Simon and Schuster signed on for the printed book rights. Locke was even courted by Hollywood studios for the movie rights to his characters. But the question on everyone’s mind was, how did Locke break through into the Best Sellers list? What was his secret?

Hoping to capitalize on the curiosity, Locke penned a hit nonfiction book, How I Sold 1 Million eBooks in 5 Months. In the book, he credits his innovative pricing scheme — listing his eBooks at 99¢ to encourage readers to take a chance on someone they didn’t know — and spoke of his efforts to capture readers through labor-intensive personal means, including blogging, tweeting, and sending out personalized emails.

To the struggling self-published writer hoping to emulate Locke’s success, it seemed they maybe just needed to work smarter and harder, as Locke did. But then the truth came to light.

On August 25, 2012, in an article written by David Streitfeld and published in The New York Times, “The Best Book Reviews That Money Can Buy” revealed that Locke had solicited the services of a website called GettingBookReviews.com, who specialized in writing positive, genuine-seeming book reviews at scale. Locke was, in fact, the site’s most lucrative client.

Locke purchased 300 reviews from GettingBookReviews.com. Then he put them on his Amazon page under the guise that they were real. That’s what marked the turning point for Locke’s literary career. Locke left these details out of his how-to book.

The scandal ripped through the publishing industry. Locke was vilified. Bloggers and critics accused him of cheating. Others claimed that thousands of his eBooks were actually purchased by Locke’s own company, meaning he’d done more than just use fake reviews to rig the system.

Amazon, for its part, reacted quickly, updating its review policies to inhibit that kind of behavior in the future. But the damage had been done. Readers didn’t know who they could trust. Writers were angry, mostly because Locke had damaged indie-author credibility at a time when attitudes were shifting about self publishing. The Locke scandal took place at a time when authors were demonstrating that self-published titles could be just as good — and sometimes better — than traditionally published print books.

In a way, though, Locke’s ploy to scam his way to the top of the best-seller list was a blessing in disguise. For one, it revealed to the publishing world that this was possible and that it needed to be stopped. But more importantly, the Locke scandal showed other writers how not to go about building an audience as well as how gaming the system can blow up in your face. And those are important lessons indeed. It does not behoove writers — independent or otherwise — to be dishonest. That only comes back to hurt you in the long run.

In fact, the best way for authors to get book reviews on Amazon and build an audience of readers is the old-fashioned way: write good books and work hard to market them. There’s no shortcut to success. There’s only hard, honest work.