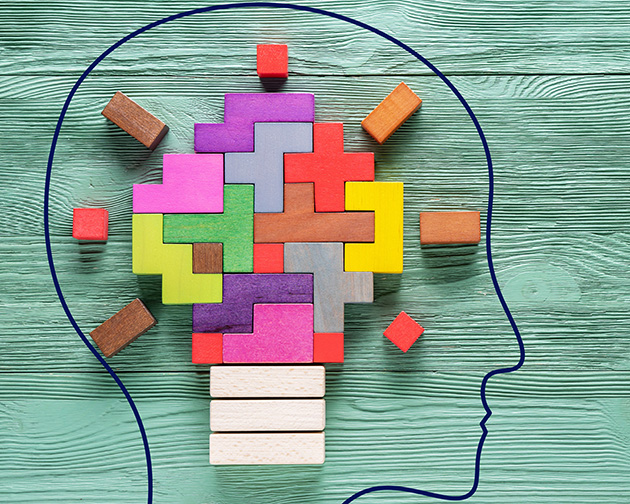 Sometimes, taking a problem on head-on isn’t the most creative solution. Why not try Oblique Strategies, the I Ching, or a coin flip? Changing your mental approach might lead to a side-door solution you didn’t see before.

I’m fascinated by the creative process and am always searching for ways to ignite the spark of creativity. For me, there’s nothing better than being in that Zen state where I’m creating to the best of my ability without trying. The books start writing themselves; I’m merely taking dictation from some inner boss.

As exciting as that feeling is, it’s a state of mind I’m not always able to achieve. I’ve written before about one sure-fire method for me to get there: panic due to approaching deadlines. But that’s not a healthy way to live and not every project has a deadline, so I’m always searching for (healthy) ways to break through creative blocks and attain that state.

Recently, one of my favorite podcasts, (Omnibus! With Ken Jennings and John Roderick), highlighted a method developed in the ‘70s by musician Brian Eno and artist Peter Schmidt, called Oblique Strategies. Although it was developed for solving problems in a recording studio, I thought its lessons were worth consideration for writers.

Oblique Strategies came from separate attempts by Eno and Schmidt to find ways to solve creative problems and unleash their creativity. The two friends realized their individual efforts overlapped so much that they decided to collaborate. According to Eno, in a 1980 interview with Charles Amirkhanian of KPFA radio:

The Oblique Strategies evolved from me being in a number of working situations when the panic of the situation — particularly in studios — tended to make me quickly forget that there were others ways of working and that there were tangential ways of attacking problems that were in many senses more interesting than the direct, head-on approach. If you’re in a panic, you tend to take the head-on approach because it seems to be the one that’s going to yield the best results. Of course, that often isn’t the case, it’s just the most obvious and — apparently — reliable method. The function of the Oblique Strategies was, initially, to serve as a series of prompts which said, “Don’t forget that you could adopt this attitude.”

As I said, this stemmed from music studio-centric problems, but the essential idea of attacking a problem indirectly is one that has helped me on many occasions.

Eno and Schmidt developed Oblique Strategies as a series of about 100 cards, each containing a random, haiku-like statement. Statements like:

The idea of Oblique Strategies is that when you are feeling frustrated or uninspired, you simply draw a random card and try to use that card’s approach to solving your current creative problem. Some have suggested that you draw cards until you get to one that seems apropos of your current dilemma. Others suggest that it’s better to stick with the first card you draw and try to work out how that card might mean something to your project.

Oblique Strategies has been released in five editions over the years. You can buy a set of cards on Amazon for $64, there’s an app for $1.99 and you can even find online versions for free.

In 1964, Philip K. Dick took a similar approach when writing The Man in the High Castle, although instead of using Oblique Strategies (which didn’t exist yet) he used the I Ching, an ancient text that offers up similarly cryptic statements (e.g. “Substance is revealed by silence”). Typically, you either flip coins or throw yarrow stalks, and you eventually come up with one of 64 hexagrams, but again, you can just go online and click a button.

If you read some of the I Ching texts, they may remind you of horoscopes. And frankly, consulting a horoscope may not be such a bad approach either. Not because astrology has any predictive powers but because you can find ambiguous statements that might trigger solutions to your current creative woes. The power with all three of these strategies lies not in what the statement says, but how you interpret it.

One of the core issues behind any of these strategies is acknowledging that sometimes we can get in our own way. We might be overwhelmed with possibilities, or we’ve put so much thought into a problem that we can’t see the proverbial forest for the trees. Using an Oblique Strategy card, an I Ching reading, or a horoscope offers a way to take a different approach and/or think about something else so you can cut through the clutter.

Sometimes the answer is as simple as flipping a coin.

Usually, I use this for non-writing purposes (major purchases, life-changing decisions, etc.), but sometimes I am at a creative crossroads with a book and, try as I might, I can’t figure out which path I should take.

So, I flip a coin. Heads is option A, tails option B. If I get heads and my first thought is, “Yes!” then I know that option A is what I was really hoping for. If, on the other hand, I’m disappointed, then I know option B is what I really wanted, and I choose that one.

Flipping a coin doesn’t work for everyone. You have to buy in to the fact that the coin has power, and some people, like my wife, just can’t do that. But it usually works for me. It’s an external stimulus that allows me to see what I truly want.

I mentioned that panic is a powerful force that can often help me through writer’s block. What I realized upon listening to that Omnibus podcast about Oblique Strategies is that panic tends to force my mind into taking a similar approach as those cards do. What happens to me is at a certain point, after I’ve taken every direct approach I can, I start to panic because time is running out and my deadline is approaching. And suddenly my brain starts to frantically search for any possible idea. The more I panic, the crazier and less related to my current situation these thoughts are until I land on something that unlocks the key to solving my current crisis.

There are other methods out there. Pay attention to how your brain works when you’re producing your best work. If you can find a pattern, try to develop a system that allows you to get there. What triggers work for you? Let us know in the comments!