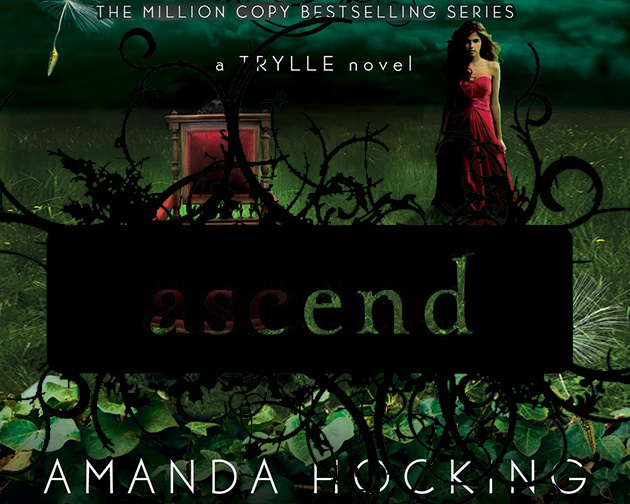 Amanda Hocking’s story might strike some as a one-off or a product of luck, but it’s not. Her success was a product of great writing and smart decision making. And since she was a self-published author, she got to call all the shots.

In 2010, Amanda Hocking was stewing in her tiny, sparsely furnished apartment in Austin, Minnesota. She was penniless and frustrated, having spent years fruitlessly trying to interest traditional publishers in her work. Hocking was also, as it happens, a huge Muppets fan, and she had heard that an exhibition about Jim Henson was coming to Chicago later that year. She wanted to attend, but she couldn’t afford the trip.

Hocking had written a series of novels over a nine-year period, which had been rejected by countless agents and publishing houses. In an effort to pull the funds together for the trip, she decided she would put her eBooks up for sale on Amazon. She listed the first at 99¢.

Was it good luck or good strategy?

While Hocking’s story might strike some as a one-off or a product of luck — the sort of thing that happens once in a generation — it’s really not. Her success was a product of great writing and smart decision making. And since she was a self-published author, she got to call all the shots.

In a process that resembles the “freemium” business model, Hocking listed the first book in her series for just 99¢. Then, she increased the cover price for later books in her series to $2.99. She encouraged readers to take an easy chance on that lower price point, then hooked them with the quality of the series.

It worked. Once hooked, readers were willing to pay that higher price for Hocking’s books.

Once she’d built an audience, the big publishers came calling. She eventually sold the rights to four of her books to St. Martin’s Press for $2 million.

Some fans and folks in the industry were surprised by Hocking’s decision to sign with a major publishing company, but the fact is, because of her intelligent approach, hard work, and unwavering persistence, she earned the right to make that choice herself.

“I’m a writer,” Hocking stated in an interview. “I do not want to spend 40 hours a week handling emails, formatting covers, finding editors, etc. Right now, I am spending so much time on things that are not writing.”

As an independent author, you should seek to learn everything you can from Hocking’s story. Here are a few key takeaways.

1. Pricing your first book at 99¢ is a smart way to get new readers

Most people are willing to pay 99¢ to “try out” a new author. Personally, I routinely spend 99¢ on new eBooks from places like BookBub and Amazon. The risk? I lose a dollar. The upside? I find a new author whose books I love. Many readers are looking for new writers to enjoy, they just don’t want to spend $15 a pop to find them.

2. In the beginning, the number of books you sell is more important than the amount of money you make

For new authors, the name of the game is growing your readership. Every new reader is a potential advocate — someone who will not only purchase the books you publish down the road but will continuously help you acquire new fans.

Your goal should be to find as many people who will champion your work as possible. You want fans who will follow you for the entirety of your journey. Those are exactly the type of folks Hocking found, and they followed her everywhere she went.

3. Selling cheap books can help boost your sales rankings and get you more reviews

The number of books you sell is reflected by Amazon’s sales rankings, and slotting high in those ratings is key to finding new readers. In this regard, selling a lot of 99¢ books is better than selling a handful of $5 books, even if you make more money doing the latter.

Moreover, the moment your book becomes a top-10 bestseller on Amazon, it automatically populates on thousands of Amazon home pages, typically in the form of an automated suggestion. Readers will always be more likely to buy books they have reason to believe they’ll enjoy.

Of course, not everyone will be able to replicate Hocking’s remarkable success, but if you’re an independent author looking to get your book in front of as many readers as possible, there’s much you can learn from her story.

Related Posts
What Independent Writers Can Learn From E L James
Marketing Planning For First-Time Authors
Share Your Authentic Self On Social Media
Is Your Email List Your Greatest Asset As An Author?
The Equation For Book Marketing Success

How To Get Stunning Cover Design For Your Book