Let’s pause a moment to pay homage to 12 authors (or folks who otherwise contributed to the written word) who passed in 2018. Of course, this is nowhere near an exhaustive list, so add tributes to those who meant the most to you in the comments section. 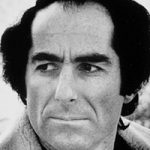 “That’s what you’re looking for as a writer when you’re working. You’re looking for your own freedom. To lose your inhibition to delve deep into your memory and experiences and life and then to find the prose that will persuade the reader.”

Leaning on his personal experiences growing up in Newark, NJ to inform his semi-autobiographical stories, Philip Roth’s first book, 1959’s novella, Goodbye, Columbus, won the U.S. National Book Award for Fiction. Roth has numerous other awards to his name, including a Pulitzer Prize for fiction in 1998 for American Pastoral (he was nominated three other times for a Pulitzer for fiction). [Photo: Nancy Crampton (Public domain) via Wikimedia Commons.] 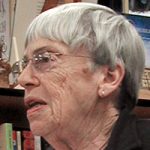 “If you see a whole thing – it seems that it’s always beautiful. Planets, lives… But up close a world’s all dirt and rocks. And day to day, life’s a hard job, you get tired, you lose the pattern.”

After facing rejections for her first five novels, A Wizard of Earthsea (1968) became a popular Young Adult novel before the genre even existed and The Left Hand of Darkness (1969) made Ursela K. Le Guin the first woman to win the Hugo and Nebula Awards. An influential writer in the fantasy and science fiction genres, Le Guin published dozens of books over a five-decade span. [Photo: Gorthian (CC BY-SA 3.0) from Wikimedia Commons.] 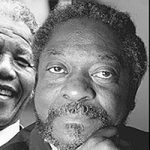 “Here I am at Fort Bliss, Texas, and this guy is asking me if I believe in nonviolence and I told him, “No.” I told him I think people, black people, should defend themselves. I told him, I don’t believe in nonviolence; I don’t believe in sitting in and laying in. But despite that, I got my security clearance and went to my C20 class, and then I got extended because by this time it was 1965 and there was a build-up in Vietnam. I was a regular Army officer; that’s the commission I took.”

A journalist for Long Island, New York’s Newsday, Les Payne was one of three journalists who penned a 33-part series called “The Heroin Trail” that traced the drug from its origins in Turkey, through Marseille, to the streets of New York City. The piece earned the team a Pulitzer Prize for journalism. A teacher at the Columbia University Graduate School of Journalism, Payne was known for his challenging and uncompromising work on racial issues and was a founding member of the National Association of Black Journalists. 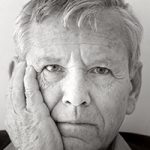 Born Amos Klausner, Klausner changed his name to “Oz,” Hebrew for “courage,” after joining a kibbutz at the age of 14. Where the Jackals Howl, Oz’ first book, was published in 1965, the first of 40 books he would publish in his lifetime. A supporter of a two-state solution for the Israeli-Palestinian conflict, his autobiographical novel, A Tale of Love and Darkness, was made into a film in 2015, co-written and directed by Natalie Portman. [Photo: Michiel Hendryckx (GFDL or CC BY 3.0) from Wikimedia Commons.] 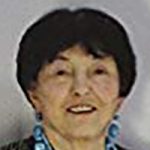 “Nothing in my life ever happened that was as important to me as learning to read.”

A beat poet armed with a high-school diploma and a prodigious vocabulary, Bobbie Louise Hawkins made a name for herself in a scene dominated by men, publishing more than 20 books of poetry, fiction, and nonfiction — with dozens of anthologies and journals also published — between 1973 and 2012, including 2008’s Absolutely Eden. 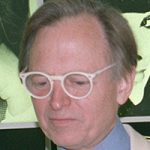 “Once you have speech, you don’t have to wait for natural selection! If you want more strength, you build a stealth bomber; if you don’t like bacteria, you invent penicillin; if you want to communicate faster, you invent the Internet. Once speech evolved, all of human life changed.”

A sportswriter and baseball player in college, Tom Wolfe played semi-professionally and even tried out for the New York Giants in 1952. An English major with a nose for journalism, Wolfe was hired by the Washington Post and quickly earned an award from The Newspaper Guild for his reporting on Cuba in 1961. His works in the New Journalism movement were best-sellers (including The Electric Kool-Aid Acid Test), as was The Right Stuff (1979) and The Bonfire of the Vanities (1987), both of which were made into films. [Photo: MoSchle (GFDL or CC BY 3.0), from Wikimedia Commons.] 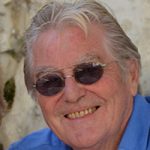 After spending years writing advertising copy (and running a successful advertising agency in England), Peter Mayle’s time in southern France resulted in his memoir, A Year in Provence, which became a best-seller and was later adapted to a television mini-series. Another of Mayle’s books, A Good Year, was adapted to film in 2006. [Photo: Patrick Gaudin (CC BY 2.0) via Wikimedia Commons.] 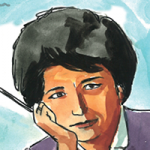 “Some people say that the wartime should be rubbed out from our memories and be forgotten once and for all. This is their opinion; but I believe we should remember, so that we may learn a lesson, and so that the past may be a warning for generations to come.”

Born in a small village in Lebanon, Emily Nasrallah’s love of learning and writing prompted her to seek financial help from an uncle in order to get a higher education. After graduating from the American University of Beirut, Nasrallah contributed articles to magazines and became the feature editor of Fayruz magazine in the ’80s, honing her voice as a women’s rights activist. Her first novel, Birds of Summer (1962), won acclaim and a number of literary prizes, and she followed it with many others that explored themes of war and village life. 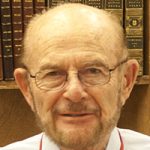 “At first I used to think [my father] was crazy. Why are we buying extra books? We haven’t sold all these. But we just kept buying and buying. It was a fact — you can’t sell a book you don’t have.”

At the age of 13, Fred Bass started working at the Strand, his father’s small used-book store in New York. In 1955, he took over as manager of the store, relocating it to 12th and Broadway in 1956. By the 1970s, the Strand occupied four floors of the building and by the ’80s, the Strand boasted over 2.5 million books, earning it the distinction of being the largest used-book store in the world. [Photo: Brianne.sperber (CC BY-SA 4.0) from Wikimedia Commons.] 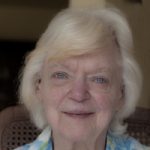 “The future. Space travel, or cosmology. Alternate universes. Time travel. Robots. Marvelous inventions. Immortality. Catastrophes. Aliens. Superman. Other dimensions. Inner space, or the psyche. These are the ideas that are essential to science fiction. The phenomena change, the basic ideas do not. These ideas are the same philosophical concepts that have intrigued mankind throughout history.”

In addition to publishing countless stories in magazines and periodicals, Kate Wilhelm wrote books in the science fiction and mystery genres, including 14 installments of the Barbara Holloway mysteries and six books in the Constance Leidl and Charlie Meiklejohn mystery series. [Photo courtesy of Goodreads.] 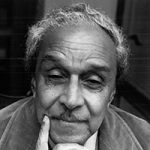 “I am not suggesting that racial admixture is a solution to the world’s grave problems. I am suggesting, however, that a freedom of diverse parts in Nature to blend into variant universals should be open in fiction and art.”

Known as an experimental and sometimes difficult read, Wilson Harris’ work was informed by his work as a government surveyor in Guyana, his native country on South America’s North Atlantic coast. His first novel, Palace of the Peacock (1960) was the first book in The Guyana Quartet, which also includes The Far Journey of Oudin (1961), The Whole Armour (1962), and The Secret Ladder (1963). [Photo: British Council’s Pinterest account.] 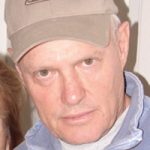 “A good novel is something that challenges perception, that allows you to see the world anew through a different point of view – something that genre fiction doesn’t do, although it sells more because it doesn’t disturb people’s innate sense of what a novel should be about. Often, people want characters to be nice, for example.”

Justin Cartwright, who was born in South Africa but lived most of his life in England, produced films and documentaries, as well as producing election broadcasts in England in the late ’70s and ’80s. In his 45 years as a writer, Cartwright penned more than a dozen novels, including 2005’s The Promise of Happiness. [Photo: Wikipedia Commons.]

Related Posts
Voices Silenced: 12 Authors Who Died in 2017
A Pulitzer Prize Primer (and a look at past winners)
Interview With Picture Book Author Josh Funk
It’s Never Too Late To Start Writing
The World’s Most Popular Books Through The Ages [Infographic]