From Facebook algorithms to keynote speeches, this collection of news from the publishing world has something for every independent author (or author in the making). 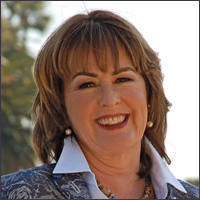 From traditional to self-publishing, the romance story of Cheryl Holt

Cheryl Holt, another voice in the chorus of traditionally-published-turned-self-published authors, was interviewed by Chris McMullen in a blog post titled, “NY Published Author Successfully Transitions to Self-Publishing: The Amazing Story of Cheryl Holt.” Holt, a romance novelist, speaks candidly about how she was drawn in to writing romance, how the economic crash in 2008 had her considering finding a “real job” (something other than writing), and how meeting BookBaby reps at a romance writers’ conference sparked her interest in self-publishing. Still, Holt is honest about the challenges. From McMullen’s post:

“Like love, an independent career is not as easy as it seems at first. It takes work. Holt still struggles to find the right supporting team, and income isn’t what it once was during paperback publishing’s heyday. But Holt is glad she’s still able to write and reach readers, now on her own terms. ‘It’s a blessing to be on my own. My best sellers are ones that the publishers rejected,’ she laughs. ‘My Lord Trent trilogy, for example, have been the best-selling books of all.'”

Holt also offers excellent advice when it comes to promoting her works. Says Holt, “My biggest marketing tool, and the one I spend the most time on, is growing my mailing list. I started my mailing list with my very first release, and I constantly work on it… The number one way to sell something (in any field) is through direct marketing to your dedicated customer base. So I keep track of my readers, and when I need to notify readers about a new release, that’s where I start.” 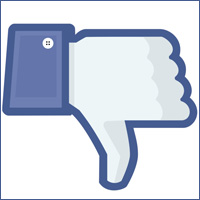 Facebook has been making changes to its news feed algorithms for months, and according to “How The New Facebook Algorithms Affect Authors” on K-lytics, these changes could impact your ability to reach and interact with your audience if you run afoul of the new parameters.

Let’s say, for example, you post four potential book covers and ask your Facebook followers to vote for their favorite (and share with others to get their input). This is considered engagement bait, a tactic to “entice people to interact with the post through likes, shares, comments, and other actions,” and your visibility on news feeds will suffer because of it.

As the K-lytics post explains, “if you write a post promoting your most recent book, only a fraction of your page fans or friends will see it. If your fans do not follow your page, your post is going to end up in the alternative news feed, not the main feed, if it shows up at all.”

Read the full article on K-lytics.com. 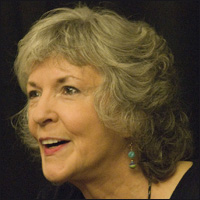 The alphabet ends in “Y”

Sue Grafton, best known for her “alphabet mysteries,” died December 28, 2017 at the age of 77, one letter short of completing her book series. The first of the series, A Is For Alibi was published in 1982, 15 years after she published her first book, Keziah Dane. Her latest, Y Is For Yesterday, was published last August, and continued the quest of the series’ female protagonist, private investigator Kinsey Millhone.

Grafton got her start in Hollywood, writing screenplays and television scripts, though she seemed elated to jump off that career path, telling Minnesota’s StarTribune in 2013, “Ask me if I’d ever sell the film or TV rights to these [alphabet series] books. No, I would not. I would never let those clowns get their hands on my work. They’d ruin it for everyone, me more than most.”

According to her husband, Grafton knew (for years) that the final book in the series would be titled Z Is For Zero, but her battle with cancer prevented her from beginning it.

Photo of Sue Grafton at Bouchercon 2009 in Indianapolis, Indiana by Mark Coggins, sourced from Wikipedia. 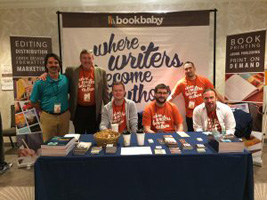 Self-publishing is a legitimate option for serious writers

At once a review of BookBaby’s Independent Authors Conference and a glimpse into Philadelphia-based freelance writer Tim Conaway’s grappling with the legitimacy of self publishing, “Authors going indie — it’s a Philly thing” lends an honest voice to the struggles many writers encounter when determining what their next move will be when it comes to publishing their manuscripts.

“Of course when I thought of self-publishing, a whole slew of other questions pressed in,” Conaway writes. “Isn’t there a stigma attached to self-publishing? Will people take my writing seriously? Are the success stories of Andy Weir, author of The Martian, and others just anomalies? So finding such an ad [for the IAC] on my news feed was welcome — and with the conference right in my backyard, I decided to take the plunge into the world of self-publishing.”

Conaway emerged from the conference, which he admits he feared would be a “weekend-long infomercial for BookBaby,” still uncertain about his next step, but it appears the over-arching message of the conference sank in.

“I still am not sure if I should I go a more traditional route or fully embrace the indie lifestyle and the powerful freedom to produce a work from start to finish,” says Conaway, “but having a weekend when authors and writers are empowered and encouraged to create and share great stories was worth it all.”

Read the full article on WHYY.org.

As Steven Spatz, President of BookBaby, says in the video below, “We fly the flag of self-publishing. We believe in it. We know it’s not the only way to publish, but we think it’s the best way for many of you here. So briefly, I’m just going to mention what I see the obvious advantages of self-publishing are. Many of them you know.

You get to market fast. In the time it would take to go find an agent and a publisher and waiting on their timeline, you can have three or four books out.

You get all the control. This is your deal. You want a purple cover with dragons even though it’s a mystery thriller? You can do that. I don’t advise it, but you can do that.

You get to choose your own publishing adventure. If you just want to do eBooks in England, great. You go for it. You’re the CEO. You’re the planner. You’re the contractor. You get to do everything.”

One note, when Steven mentions “research,” he’s referring to the explorations of Philadelphia’s bustling bar/restaurant scene. Writers, he proposes, can use these libations and conversations as research in our study of the human condition. So, get out and get your research going!

See more videos from the Independent Authors Conference on the BookBaby YouTube Channel.

Last March, BookBaby President Steven Spatz appeared on Get Published! Radio to talk about BookBaby and give insights to writers about the self-publishing landscape.

From the interview: “The biggest problem we see with authors is they have their husband or wife read their book and consider that ‘editing.’ Just because your high school English teacher is now retired and has time to read your book, that doesn’t make him a professional book editor. Before you bring your book to us, you need to make sure it’s done, and “done” means “professionally edited.” We offer that service, and there are many excellent independent services out there, but you need to provide the best book you possibly can to your willing and happy readers.”

Listen to the entire program, titled, “What Is a Book Shepherd? with Sharon Goldinger and Steven Spatz.”

Do you dream of self-publishing your book? It’s easier than you think with BookBaby.

Get social with BookBaby

Related Posts
Check Out The Latest BookBaby How To Videos
How To Format Your Book Using Microsoft Word on a Mac
New How-To Videos: Printed Book Pagination and eBook Conversion Tips
Whatever Your Story, BookBaby’s Book Editing Service Is The Right Fit
Your ISBN: Answers To Frequently Asked Questions