The list of notable authors, writers, publishers, and contributors to the written word who passed last year is far longer than anything we could include in one blog post, but let’s take a moment to recognize 12 authors who died in 2017. Please, populate the comments with tributes to those who meant the most to you. 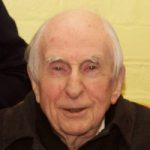 “If you really want something in this world, you’ll never get it by sitting down and waiting. But if you go out and do things there’s no knowing where you’ll end up.” —The Tales of Olga Da Polga

The creator of the Paddington Bear series of books, which were published from 1958-2018 (a new title is due on May 31st of the year), Thomas Michael Bond also created the Olga da Polga (guinea pig) and Monsieur Pamplemousse book series. Bond’s Reflection on the Passing of the Years, written after his 90th birthday, was read in 2016 at a service commemorating Queen Elizabeth II’s 90th birthday.

Image via Shutterstock (editorial use). 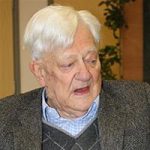 “The thinker dies, but his thoughts are beyond the reach of destruction. Men are mortal; but ideas are immortal.”

Richard Adams‘ first and most enduring work is Watership Down, published in 1972, which earned him a Carnegie Medal in 1972 and a Guardian Children’s Fiction Prize in 1973. Other novels by Adams include Shardik, The Plague Dogs, The Girl in a Swing, Maia, and Traveller.

Image by AndrewRH (Own work) [CC BY-SA 3.0 or GFDL], via Wikimedia Commons 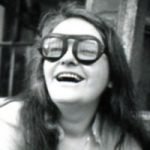 “A sexual revolution begins with the emancipation of women, who are the chief victims of patriarchy, and also with the ending of homosexual oppression.”

A social activist, educator, and feminist author, Kate Millet is best known for her PhD dissertation-turned radical feminist text, Sexual Politics, published in 1970. Millet was also an artist and filmmaker, who authored 10 books between 1970 and 2001. She was inducted into the National Women’s Hall of Fame in 2013. 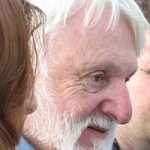 “The place to improve the world is first in one’s own heart and head and hands, and then work outward from there.”

A precocious student, Robert Pirsig suffered a nervous breakdown a decade before the 1974 publication of his literary touchstone, Zen and the Art of Motorcycle Maintenance: An Inquiry into Values. Upon its publication, he was awarded a Guggenheim Fellowship, which propelled him to write Lila: An Inquiry into Morals, which was published nearly two decades later. 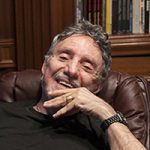 “Would you like to hear a nice definition of jealousy? It’s the feeling that you get when someone you absolutely detest is having a wonderful time without you.”

A writer and filmmaker, William Peter Blatty is famous for writing the book and screenplay for The Exorcist, published in 1971. He also wrote Legion, a follow-up to The Exorcist, and The Ninth Configuration (also known as Twinkle, Twinkle, “Killer” Kane). Legion was adapted to film as the Exorcist III, which Blatty directed.

Image by jtblatty (Own work) [CC BY 4.0], via Wikimedia Commons 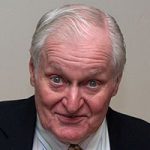 “I write with experiences in mind, but I don’t write about them, I write out of them.”

A surrealist poet who often stretched the bounds of the movement, John Ashbery was a prominent, controversial, and influential figure throughout his life. He earned 20 (or so) notable awards and fellowships, including a Pulitzer Prize in Poetry in 1976 for Self-Portrait in a Convex Mirror. He published over 30 collections of poems between 1953-2016, including Some Trees, in 1956.

Image by David Shankbone [CC BY 2.0], via Wikimedia Commons 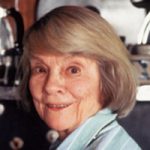 “Cooking demands attention, patience, and, above all, a respect for the gifts of the earth. It is a form of worship, a way of giving thanks.”

While an author herself, Judith Jones is perhaps most widely recognized for pulling two pivotal (and wildly disparate) books from slush piles of previously rejected works: The Diary of Anne Frank and Julia Child’s Mastering the Art of French Cooking. Jones’ later work was focused mostly on editing and writing cookbooks.

Image sourced from the cover of The Tenth Muse.

A playwright and screenwriter, Polish-born Janusz Glowacki (pronounced YAH-noosh gwo-VATZ-key) turned a trip to London in 1981 into an eight-year exile, which found him relocating to New York City, where he maintained a residence until his death. His list of accolades and awards is lengthy, with Cinders, Hunting Cockroaches, The Fourth Sister, and Antigone in New York considered his most prominent works.

Image by Kontrola (Own work) [CC BY-SA 4.0], via Wikimedia Commons 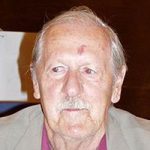 “It is comparatively easy to become a writer; staying a writer, resisting formulaic work, generating one’s own creativity – that’s a much tougher matter.”

Recognized mostly for his science-fiction writing, Brian Aldiss authored more than 80 books, 300 short stories, and many volumes of poetry in addition to being recognized as an accomplished visual artist. His short story, “Supertoys Last All Summer Long,” published in 1969, was the basis for 2001’s Kubrick/Spielberg film A.I. Artificial Intelligence. 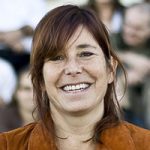 “It often feels like I’m not so much living for the present as I am busy making memories for the future.” ― The Book of Eleven

The author of more than 30 children’s books, including several that were New York Times best sellers, Amy Krouse Rosenthal also authored Encyclopedia of an Ordinary Life, a memoir fashioned in the style of an encyclopedia. In addition to that, Rosenthal made short films, worked with WBEZ (NPR Chicago), and was a contributor to the TEDActive conference. She also published essays, including “You May Want to Marry My Husband” in the New York Times 10 days before her untimely death from ovarian cancer. 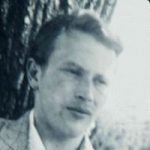 A two-time Pulitzer Prize winner (for poetry in 1957 and 1989), Richard Purdy Wilbur was appointed as the second United States Poet Laureate in 1987 and was awarded the National Medal of Arts by President Bill Clinton in 1994, among a long list of awards and achievements. 1947’s The Beautiful Changes, and Other Poems was his first published collection of his poetry, and he published 10 other books of poetry, the last being Anterooms in 2010. 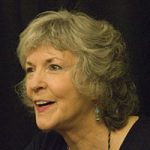 “Thinking is hard work, which is why you don’t see many people doing it.”

Sue Grafton, best known for her “alphabet mysteries,” died one letter short of completing the book series. The first of the series, A Is For Alibi was published in 1982; the latest, Y Is For Yesterday, was published August 2017, and continued the quest of the series’ female protagonist, private investigator Kinsey Millhone. Grafton got her start in Hollywood, writing screenplays and television scripts. According to her husband, Grafton knew (for years) that the final book in the series would be titled Z Is For Zero, but her battle with cancer prevented her from beginning it.

Read “Musicians who died in 2017” on the Disc Makers Blog.

Related Posts
News From The Publishing World, January 2018
Check Out The Latest BookBaby How To Videos
How To Format Your Book Using Microsoft Word on a Mac
New How-To Videos: Printed Book Pagination and eBook Conversion Tips
Whatever Your Story, BookBaby’s Book Editing Service Is The Right Fit
Your ISBN: Answers To Frequently Asked Questions