It’s good practice to reverse-engineer the stories you love most and apply the best storytelling elements to your own writing. Stranger Things had that effect on me, and here’s what I learned.

If you are one of the millions of viewers who got sucked into the world of Stranger Things, you know why the show was such a big hit. A compelling story, great characters, monsters and the supernatural… the list goes on. The show is set in the ’80s in an ordinary small town, but when a boy goes missing, we get to see many secrets rise to the surface, and as this small town becomes torn by shocking events, we’re taken on a trip to the upside down.

This isn’t a Stranger Things review, though. Similar to what I did with “The Jungle Book: Beautiful Film, Flawed Storytelling,” I found several good points I can apply to my own storytelling watching this exceptional show.

Spoiler alert! I’ve done my best not to give too many details away, but if you haven’t watched the show and intend to, you might learn a few things about the story.

People read and watch movies because they love to forget about the habitual reality they live every day and dive into some other setting, be it a fantasy land filled with magic, a cybernetic future ruled by almighty corporations, or the not-so-distant past with all its charms.

The Duffer Brothers, who created Stranger Things, definitely harnessed the power of nostalgia and hit it spot on. Whether the viewers were remembering the past or got to experience the ’80s for the first time, part of the appeal of the show was tied to the depiction of the time period in which it was set. As much as people love to ponder the future, they love to go back in time to some preciously calmer and simpler moment in history. Perhaps they love going back even more than traveling to the future.

If you are going to set your story in the past, carefully research the time period you’re conjuring up and build it with details and an emotional connection. If you are successful, your readers will want to stay with your book forever.

2. Add allusions to enrich your story 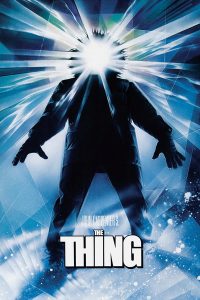 I just love when writers make allusions to other popular books, movies, shows, games, historical events – or fast food restaurants. As a matter of fact, in my own fantasy book, there’s room for McDonald’s.

Watching Stranger Things, you notice a number of allusions to popular culture of the ’80s.

And that’s just a few examples – there are many more.

So why do you want to use allusions in your story? Because it adds depth to the world you’re building. Your story gains multiple levels and becomes rich with subtext – your reader will believe he’s experiencing something true, something connected to the world he knows, even if it is an imaginary ghost story. The characters become real people who read the books you know, listen to the songs you remember, who might as well live in your neighborhood.

I’m not suggesting a crime here, but Stranger Things teaches us writers that we shouldn’t be afraid of killing off our characters, even beloved ones.

This doesn’t mean you need to be a killing junkie like George R. R. Martin, but the unexpected loss of a character can add a feeling of risk to your adventure. After all, what kind of adventure is it if there is no risk of being killed, eaten by a monster, or lost in a parallel dimension with a creepy serpentine tentacle down your throat?

Pay attention to who you kill, though. The death of a third-plane character like the bartender who just served your hero a drink won’t affect your readers (or story) nearly as much as the death of your hero who was just poisoned by that drink.

4. Make your characters change and grow 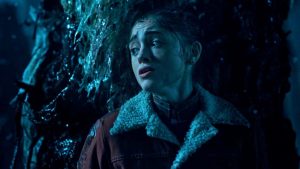 We all know how important it is to take your characters on a journey that will change them in some way. They can become stronger or weaker, wiser or maybe even more naive as the story progresses. They can evolve from an ordinary gardener to the president – or they can grow despondent and lose any hope for a happy ending. That’s what people want: a story that affects the characters at the center of it, and Stranger Things never forgets this.

In the pilot episode, we watch four kids playing Dungeons & Dragons who confront the Demogorgon, a hideous creature they’re very much afraid of, though it is only a plastic figurine on the board. As the story unfolds, the kids learn about another dimension, to which their friend disappeared. In order to save their friend, the three of them have to battle a very real monster in a very dark world.

Thanks to this parallel between the tabletop game’s imaginary trouble and the real world trouble, we experience how these ordinary boys, who only play the hero in their fantasy games, grow stronger and become a believable rescue team ready to fight a creature from another world. They become so brave in the process, they are no longer afraid to face the troubles in the real world, like standing up to the bullies in school.

But in Stranger Things, these boys are not the only ones who change. When we first met her, Eleven used to jump at any rustle and didn’t trust anyone. She was also afraid of her special powers. Throughout the story, she learns to trust her new friends and finds confidence in using her powers to save them.

Nancy takes off her rose-colored glasses and stops looking at the world through the eyes of a naive schoolgirl. Her best friend is missing, and when she finds out that it was the monster that took her, she partners with an unlikely confidant and arms herself with a gun. She takes charge, breaks locks with her bare hands (and a rock), and charges headlong into an unknown dimension. After all she experiences, Nancy comes to understand how important her family is to her, particularly her brother, which leads them to a friendship that was not present at the beginning of the story.

Little by little, Stranger Things builds the mystery and horror in this small town. The creators take the characters you believe in and continuously add details – like Eleven’s flashbacks to her time at the experimental facility – pacing the revelations to propel their story at a slow but measured pace.

And it keeps on coming. Whenever one mystery gets resolved, another is already underway. The viewer is in a constant chase after answers, and Stranger Things strikes a perfect balance of concealing a mystery and offering satisfying answers to our burning questions.

If you’re a master at building mystery and suspense but fail at connecting the dots, your readers will be more than frustrated – they will feel deceived, or worse, betrayed.

Were you a fan of Lost? It started off with such promise, so much potential, and viewers and critics were enrapt. But the creators lost their way (no pun intended) and their desperate efforts to get out of it only led to a disappointing dead end. This case teaches us storytellers that it’s important to not only give answers to the questions we raise, but that these answers must be satisfying for the audience, moving the plot and affecting the readers/viewers as much as the characters in the story.

If you add resolutions but don’t add depth or value to your story, reconsider. You might as well leave those mysteries unsolved rather than making readers angry with the dull answers.

Stranger Things doesn’t show you its hideous monster in full until about three-quarters through the series. You have to go along with obscure bits and pieces of the monster that are shown to you in nearly pitch-black darkness. Seriously, the night and Upside Down scenes in this show are so dark I couldn’t make out the details much of the time.

It comes back to the Lovecraft’s trick of conjuring up fear of the supernatural. A monster that you can’t see is so much scarier than a monster you have a clear view of.

Now that you’ve abandoned your writing to binge watch this excellent show, I hope you’ve learned how many tools you have at your disposal when writing a book. There are more, of course, and it’s good practice to reverse-engineer the stories you love most and apply the best storytelling elements to your own writing. Share your discoveries in the comments section!

This post originally appeared on PlayingWriter.com. Reposted with permission.

Related Posts
The Jungle Book: Beautiful Film, Flawed Storytelling
A Fun Way To Build Your Writing Muscles
A Lesson In Storytelling From The Ultimate Dog Tease
We All Write Differently – What Kind Of Writer Are You?
How Much Physical Description Is Enough When You Create Characters?