For established and first-time writers, a crowdfunding campaign can be a great way to generate excitement and raise money to self-publish a book. We spoke with Guy Vincent from Publishizer for some insights and advice on crowdfunding for authors.

By now, you’re probably familiar with the concept of crowdfunding. Seeking pre-orders and offering the community you’ve already built – or are endeavoring to build – the opportunity to get in on the ground level to help fund your project-in-the-making is not exactly a new idea, but the tools to make it happen are now accessible to everyone via the Internet. Platforms dedicated to connecting artists and writers with an audience inclined to be a patron of the arts abound, but there’s more to the process than simply extending a virtual hand. 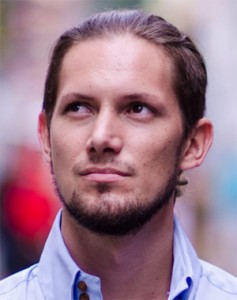 For any writer seeking a solution to crowdfunding for authors, a little research and planning will go a long way. To that end, we spoke with Guy Vincent, founder and CEO of Publishizer, a crowd publishing platform that helps authors fund their books with pre-orders. Authors can write a book proposal, offer readers unique pre-order rewards, and get featured in Reader’s Picks, a weekly digest of new and interesting books that are sent to thousands of subscribed readers. Publishizer is a 500 Startups-backed company based in Mountain View, California.

How feasible is it for a first-time author to get a book crowdfunded?

On average, first time authors earn over $5,600 in pre-orders on Publishizer. This is typically enough to pay for professional editing, design and print on demand for several hundred copies of a trade fiction or non-fiction book. To reach your first $5,000, you can pre-sell a combination of rewards, such as a $10 ebook, $25 print copy, $50 book launch invite, $100 patron acknowledgement, $250 dinner with the author, and so on. You can do a simple calculation to get a sense of how many rewards you need to sell to hit your goal. The flexibility with pricing and the ability to offer readers unique experiences is partly what allows authors to raise so much money through crowdfunding campaigns, versus selling a $2.99 ebook on Amazon.

At what part of the writing process would you recommend someone seek crowdfunding? Before the book is started? At the mid-way point?

We’ve seen a large range of timelines. We recommend authors to launch their campaign within six months of their planned publish date, although most authors launch within one to three months of their book coming out. One Publishizer author launched his crowdfunding campaign before he had written a single word, raised more than $12,000 in pre-orders, and delivered the book on the exact planned book date. Readers are typically very patient and tolerant of delays, as long as they are kept updated through the publishing process using the updates feature we provide.

How can an author build and sustain enthusiasm for a crowdfunding project?

Readers and potential readers love hearing about celebratory milestones and achievements. For example, it’s great to post a Facebook and Twitter update when a campaign launches, and when it hits milestones such as 25%, 50%, 75% and 100% of the goal. When these milestones are shared via Facebook, Twitter, and email, it often drives more pre-orders. We encourage authors to be confident and celebrate all little wins. We’ve seen authors use a huge variety of creative techniques to promote their books, such as an Ask Me Anything on Product Hunt, sharing sample chapters on Medium, offering prizes on Twitter, organizing crowdfunding parties, hosting dinners for patrons, seeking corporate sponsorship, and so on. By far, the single greatest source of pre-orders comes from sending regular updates to a mailing list (or via emails) during the crowdfunding campaign.

How much time and effort should an author expect to devote to the crowdfunding process on a daily/weekly basis? What types of activities (social media, etc.) should they expect to do?

At a minimum, authors should be sending updates to their mailing list at least once a week (if they have one), making social media updates two to three times a week, and sending out personal emails and messages every other day. We offer built-in sharing tools that make it easy for readers to share and promote the campaign, the key is to really push the campaign in the first week to help it get traction. The author should be publicly thanking or responding to their readers on social media regularly. Once an author gets the ball rolling with pre-orders, promotional features kick in on Publishizer, such as Reader’s Picks, a weekly digest of reader’s top picks, social media mentions to our own followers, and a monthly newsletter that promotes trending campaigns.

How long does a typical book crowdfunding campaign run?

A typical crowdfunding campaign lasts 30-45 days on Publishizer. We’ve seen shorter campaigns, although our data shows that 30 days is the optimal campaign duration. We encourage authors to create a weekly plan for how they intend to promote their campaign, such as personal emails/messages in the first week, press/publicity in the second week, guest posts/podcasts in the third week, and more personal emails/messages in the fourth week.

If you could give one piece of advice to authors starting out, what would it be?

Start building your mailing list now – I can’t stress enough how important this is. Sign up for a MailChimp, Aweber, or ConvertKit account, if you don’t have one already. Make it easy for people to subscribe to your mailing list and receive updates from you. It’s possible to launch a successful crowdfunding campaign without a mailing list, and we’ve seen plenty of examples of that, however, the authors who run the most successful crowdfunding campaigns have all set up a mailing list and use mailing list software to actively engage their audience. For example, one author was a retired man with no mailing list, however, he took a very personal approach to messaging potential readers, offered great rewards, and raised over $12,000 in pre-orders. Anything is possible! Adopting a hustler mindset is the best approach to take during your campaign.

Guy Vincent is the founder & CEO of Publishizer, a crowd-publishing startup that helps authors get their books published with preorders. He has spoken about publishing and startups at Echelon, Ubud Writer’s Festival, Pecha Kucha Singapore, and 500 Startups in Silicon Valley. He teaches startup principles to writers through Startup Writer Workshops, which have been hosted in New York, San Francisco, Singapore, Sydney, Melbourne, Adelaide and Bali. Guy is a digital nomad, writer, sleep hacker, early riser, and chai lover.

Read More
What Authors Need To Know About Crowdfunding
Promote Your Book On A Budget: 20 Thrifty Ways To Get Your Writing Out There
Making Your Own Christmas Miracle – A Book Publishing Timeline For Holiday Sales
Nine Things Authors Should Be Doing On Twitter Right Now
Why Seth Godin Self Published
Before It Was Vanity, There Was Self Publishing

Capitalizing On The Stickiness Of Serial Fiction