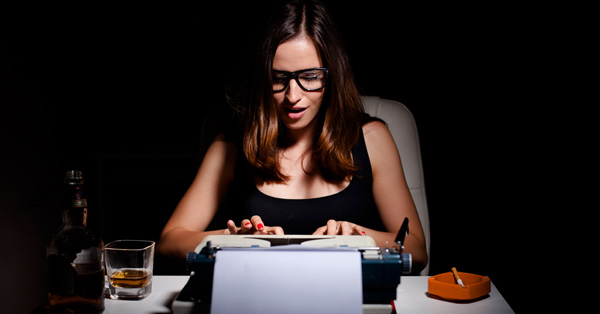 More than a few MFA teachers I’ve known have talked about the politics of their English departments in such a way that it sounds like an episode of House of Cards (maybe minus the murder). Criticizing students, fellow teachers, the program, or even the effectiveness of creative writing programs in general — it has to be a careful dance.

Well, one ex-teacher, now freed of such considerations, has let it rip in an article called “Things I can say about MFA writing programs now that I no longer teach in one.”

In his article for The Stranger, Ryan Boudinot says:

I recently left a teaching position in a master of fine arts creative-writing program. I had a handful of students whose work changed my life. The vast majority of my students were hardworking, thoughtful people devoted to improving their craft despite having nothing interesting to express and no interesting way to express it. My hope for them was that they would become better readers. And then there were students whose work was so awful that it literally put me to sleep. Here are some things I learned from these experiences.

Some of these lessons might make you laugh, piss you off, or make you worry. Check ’em out and then let me know what you think in the comments below.

1. “Writers are born with talent.”

Ryan says, “Some people have more talent than others. That’s not to say that someone with minimal talent can’t work her ass off and maximize it and write something great, or that a writer born with great talent can’t squander it. It’s simply that writers are not all born equal.”

What do you think? Can hard work make up for (or outdo) natural talent?

2. “If you didn’t decide to take writing seriously by the time you were a teenager, you’re probably not going to make it.”

Though Ryan himself acknowledges there are notable exceptions (Murakami), he says, “Being a writer means developing a lifelong intimacy with language. You have to be crazy about books as a kid to establish the neural architecture required to write one.”

The one issue I’d take with this statement is that we ALL have a lifelong intimacy with language, whether we write creatively or not. We converse, we gossip, we argue, we persuade, we listen, we daydream, we speak (and often think) in words — all day every day, since we were one or two years old.

If you’ve thought up a story or poem that just won’t let you go, it’s worth writing, even if you’ve never written anything creative before, even if you’re 95 years old. It might not be an absolute masterpiece of literary fiction, but then again, neither are most of the books on the NYT bestseller list. (And if you’re extremely lucky, maybe it WILL be a masterpiece).

3. “If you complain about not having time to write, please do us both a favor and drop out.”

Drop out… of the MFA program. But maybe a wider interpretation could be… stop claiming to be a writer.

On this point, Ryan writes:

My experience tells me this: Students who ask a lot of questions about time management, blow deadlines, and whine about how complicated their lives are should just give up and do something else. Their complaints are an insult to the writers who managed to produce great work under far more difficult conditions than the 21st-century MFA student. On a related note: Students who ask if they’re “real writers,” simply by asking that question, prove that they are not.

Haha. Love the snark. Ok, so stop asking if you’re a real writer… NOW! Also, stop obsessing about time and just sit down and get it done.

4. “If you aren’t a serious reader, don’t expect anyone to read what you write.”

Gotta say, this one makes a lot of sense. Ryan says, “Without exception, my best students were the ones who read the hardest books I could assign and asked for more… Conversely, I’ve had students ask if I could assign shorter books, or—without a trace of embarrassment—say they weren’t into ‘the classics’ as if ‘the classics’ was some single, aesthetically consistent genre. Students who claimed to enjoy “all sorts” of books were invariably the ones with the most limited taste.”

5. “No one cares about your problems if you’re a shitty writer.”

Ryan says, “For the most part, MFA students who choose to write memoirs are narcissists using the genre as therapy.”

Ouch! Lesson: a story must be MORE than a story. It must be well told.

Hey, here’s a good argument for self-publishing or hybrid-publishing models:

In today’s Kindle/e-book/self-publishing environment, with New York publishing sliding into cultural irrelevance, I find questions about working with agents and editors increasingly old-fashioned. Anyone who claims to have useful information about the publishing industry is lying to you, because nobody knows what the hell is happening. My advice is for writers to reject the old models and take over the production of their own and each other’s work as much as possible.

Are you including things in your writing just to look smart or aesthetically risky? Ryan says, “Writing that’s motivated by the desire to give the reader a pleasurable experience really is best… If you can put your ego on the back burner and focus on giving someone a wonderful reading experience, that’s the cleverest writing.”

I’m not sure if this bit of advice contradicts the first point about talent (probably not, since talent and hard work often go hand-in-hand), but Ryan talks about his own literary apprenticeship:

I spent seven years writing work that no one has ever read—two novels and a book’s worth of stories totaling about 1,500 final draft pages. These unread pages are my most important work because they’re where I applied what I’d learned from my workshops and the books I read, one sentence at a time.

And lastly, a warning about the instant gratification (and distractions) of social media. Ryan says it’s the “enemy to producing the kind of writing that takes years to complete. That’s why I advise anyone serious about writing books to spend at least a few years keeping it secret.”

Check out his full article HERE, and then let us know if you agree or disagree with his advice (and assessments) in the comments below.