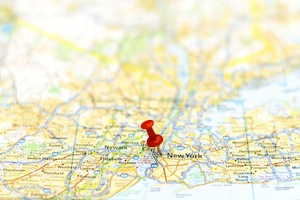 Why your address is no longer a hurdle to publishing success

Do you ever suffer from what the singer Lorde, in her hit song “Royals,” calls postcode envy? You have big literary dreams but you live in a small town far from publishing centers where all the cool kids play — places like NYC, or San Francisco, or London, or Frankfurt, or Beijing. Heck, you don’t even live near smaller writing hot spots; you’re in the middle of nowhere (as far as the literary establishment is concerned).

Well, thanks to a little something called “the Internet,” independent authors don’t have to live near, kowtow to, or even acknowledge that establishment if they don’t want to.

A recent Flavorwire story by Jason Diamond called “Go Midwest, Young Writer: Why the Middle of the Country (Not Brooklyn) is the Future of American Literature” makes this argument:

For those who only look at the bigger picture, yes, New York is the publishing epicenter of the country, and a lot of people who write do live in Brooklyn. As someone who writes for a living and calls Brooklyn home, I can totally back up everything you’ve heard about thriving independent bookstores, nightly literary events, and writers crowding every coffee shop. Going out means routinely bumping into editors, agents, publicists, and other people who help get new books out into the world, and that gives you every reason to think that New York City is the only place to be if you’re a writer.

But it isn’t, and I don’t necessarily think there is one specific place that is responsible for creating literary culture, just as I don’t think there’s one where you should go to be a writer. Yet a closer look at the literary map of the 50 states reveals that even if the publishing industry writ large is situated in New York and Los Angeles, some of the most exciting things going on in American literature are taking place in the middle of the country.

Great books are being written far from the publishing centers, beneath the radar of the anointed literati, and they’re getting self-published or released by independent presses that are often able to turn those works into successful sellers despite having significantly leaner budgets than big publishers.

I think a writer’s geographical freedom extends beyond this, though. The article quoted above makes the case that you can be a successful author in certain towns in the Midwest because cool things are happening in those towns: popular reading series, hip indie presses headquartered in the region, support for writers from local colleges or institutions, etc.

But if you’ve decided that self-publishing is the right avenue for you, then it doesn’t matter where you live;  all of your readings, your critique sessions, your editing processes, your book design, your publishing, your promoting, and your communication with fans can be done ONLINE.

You could have a new book out right now that’s ranking well on Amazon, raking in the favorable reviews on Goodreads, and getting buzzed about online — all while living in an icy research station down at McMurdo.

How? Well, simple: work hard and learn to effectively use the internet as a promotional and community-building tool. Ok, maybe that’s not the simplest of tasks. But it’s VERY much possible. There are plenty of independent authors that live off-the-beaten-path (in terms of publishing infrastructure) who are making lots of money self-publishing their books.

If that sounds like the kind of writing career you’d like to establish, and if you want to make sure geography isn’t a hurdle to your success, just follow this step-by-step plan to successfully sending your self-published book into the world. Not a single item on the list requires you to live anywhere near a publishing hot spot (though maybe you’ll want to breeze through some of those cities on your next book tour)!

What do you think? Is literary success possible no matter where you live? Let me know in the comments section below (and hint at your zip code, too).

People Judge Your Book By Your Headshot