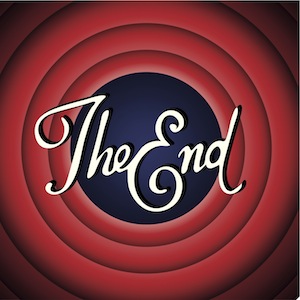 Y’all had a lot to say about some of the opening lines featured in last month’s blog post “First Sentences of Great Books.” Did the energy that made those books famous seem present from the get-go? Few of you seemed to agree. The spice of life!

So I thought it’d be fun to see how some great books are brought to a close. With a bang, whimper, whisper? Do the last lines wrap these book up neatly, or do they leave you with a sense of unease and continuation?

You be the judge, and let me know what you think in the comments section below. [But don’t be mad at me if it spoils the ending for you!].

Also, “great” is defined by me for the purposes of this article as the bunch of books that were within easy reach on my closest bookshelf.

She watched the dark highway and entertained me with her vegetable-soup song, except that now there were people mixed in with the beans and potatoes: Dwayne Ray, Mattie, Esperanza, Lou Ann and all the rest.

And me. I was the main ingredient.

– from The Bean Trees, by Barbara Kingsolver

Fuck ’em. I got lucky: this bullshit became my life while I was ensconced in the relatively decidedly pissant environs of Creem, so once I woke up I made it out and can say that though I have my days just like everybody else I still think I have a future.

– from Psychotic Reactions and Carburetor Dung, by Lester Bangs

“The stone is strong,” Bran told himself, “the roots of the trees go deep, and under the ground the Kings of Winter sit their thrones.” So long as those remained, Winterfell remained. It was not dead, just broken. “Like me,” he thought. “I’m not dead either.”

– from A Clash of Kings, by George R.R. Martin

Who knows but that, on the lower frequencies, I speak for you?

– from Invisible Man, by Ralph Ellison

He would do that, he would come back.

As if it had been written twice.

– from actual air, by David Berman (from the poem “The Double Bell of Heat”)

And on the way home, she met her brothers, and there was a rough-and-tumble, and the lovely crown was broken, and she forgot the message, which was never delivered.

– from Possession, by A.S. Byatt

So we beat on, boats against the current, borne back ceaselessly into the past.

– from The Great Gatsby, by F. Scott Fitzgerald

Once, when Violet was five, she asked me about Della and what she was like. I said Della was afraid that the world was full of sadness and that everything beautiful just got hurt. Violet looked at me for a second then said, “yeah, but Della’s wrong.”

I am in awe. Thank you all.

– from Zazen, by Vanessa Veselka

You who are one of them, say that I loved

my companions most of all.

In all sincerity, say that they provided

a better way to be alone.

– from Different Hours, by Stephen Dunn (from the poem “A Postmortem Guide”)

– from A Tale of Two Cities, by Charles Dickens

It was a fine cry—loud and long—but it had no bottom and it had no top, just circles and circles of sorrow.

– from Sula, by Toni Morrison

But as the years went on, I realized that what I really want to be, all told, is a human. Just a productive, honest, courteously treated human. one of “the Guys.” But with really amazing hair.

– from How to Be a Woman, by Caitlin Moran

Up the road, in his shack, the old man was sleeping again. He was still sleeping on his face and the boy was sitting by him watching him. The old man was dreaming about lions.

– from The Old Man and the Sea, by Ernest Hemingway

– from Our Andromeda, by Brenda Shaughnessy

Farragut walked to the front of the bus and got off at the next stop. Stepping from the bus onto the street, he saw that he had lost his fear of falling and all other fears of that nature. He held his head high, his back straight, and walked along nicely. Rejoice, he thought, rejoice.

– from Falconer, by John Cheever

He heard the ring of steel against steel as a far door clanged shut.

– from Native Son, by Richard Wright

Are there any questions?

Insight arises best, he said, when the “thinker’s” existence is no longer necessary. This is precisely what the Buddha had discovered many hears before. The meditative experience does not have to be oceanic, it turns out, to reveal how much at sea we really are.

– from Thoughts Without a Thinker, by Mark Epstein, M.D.

“What did Emily say?” I asked my mother.

From the distance, before she disappeared into the world, Emily waved.

– from The Cat’s Table, by Michael Ondaatje

He was heading home, riding the runners, breathing easy, a man clothed in fur at the head of a team of dogs in a hard wild place, going home to his wife.

My house is made of wood and it’s made well,

unlike us. My house is older than Henry;

If there were a middle     ground between things and the soul

or if the sky resembled more the sea,

I wouldn’t have to scold

Once you’ve written a great last line to your book, publish it for Kindle, Nook, iPad, Kobo, and more!

[“The End” picture from Shutterstock.]