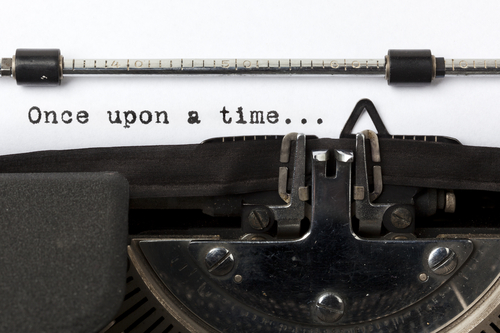 Thumbs up or thumbs down on these first sentences?

In most issues of Poets & Writers you’ll find a fun section called “Page One” where they print the first line or sentence from new and notable books.

I thought it’d be fun to look at first sentences from 20 books that have already become classics (plus some semi-recent hits and a few more-obscure favorites) in order to see if the magic was happening right from the start, or if it took the author a little while to get cooking.

You be the judge and let me know what you think in the comments section below.

When he woke in the woods in the dark and the cold of the night he’d reach out to touch the child sleeping beside him.

— from The Road, by Cormac McCarthy

Robert Cohn was once middleweight boxing champion of Princeton.

— from The Sun Also Rises, by Ernest Hemingway

It was a dark and stormy night.

— from A Wrinkle in Time, by Madeleine L’Engle

Mother died today — or, maybe, yesterday; I can’t be sure.

— from The Stranger, by Albert Camus

When I wake up, the other side of the bed is cold.

— from The Hunger Games, by Suzanne Collins

The first phase of my research involved waking up weekday mornings in a barely furnished attic apartment, the first apartment I’d looked at after arriving in Madrid, or letting myself be woken by the noise from La Plaza Santa Ana, failing to assimilate that noise fully into my dream, then putting on the rusty stovetop espresso machine and rolling a spliff while I waited for the coffee.

— from Leaving the Atocha Station, by Ben Lerner

I used to have a cat, an old fighting tom, who would jump through the open window by my bed in the middle of the night and land on my chest.

— from Pilgrim at Tinker Creek, by Annie Dillard

I could hear them out in the kitchen.

— from Where I’m Calling From: Selected Stories, by Raymond Carver

— from A Portrait of the Artist as a Young Man, by James Joyce

From a distance only the light is visible, a speeding gleaming horizontal angel, trumpet out on a hard bend.

— from Art & Lies, by Jeanette Winterson

“When your mama was the geek, my dreamlets,” Papa would say, “she made the nipping off of noggins such a crystal mystery that the hens themselves yearned toward her, waltzing around her, hypnotized with longing. ‘Spread your lips, sweet Lil’, they’d cluck, ‘and show us your chompers!'”

— from Geek Love, by Katherine Dunn

— from This Is How You Lose Her, by Junot Diaz

He rode into the dark of the woods and dismounted.

— from The Killer Angels, by  Michael Shaara

I wish Giovanni would kiss me.

If you’re the devil, then it’s not me telling this story.

— from The Man Who Fell in Love with the Moon, by Tom Spanbauer

There was a Hungarian adventurer who had astonishing beauty, infallible charm, grace, the powers of a trained actor, culture, knowledge of many tongues, aristocratic manners.

— from Delta of Venus, by Anaïs Nin

Time is not a line but a dimension, like the dimensions of space.

— from Cat’s Eye, by Margaret Atwood

It still counts, even though it happened when he was unconscious.

— from No one belongs here more than you, by Miranda July

It is 348 years, six months and nineteen days ago today that the citizens of Paris were awakened by the pealing of all the bells in the triple precincts of the City, the University and the Town.

— from The Hunchback of Notre-Dame, by Victor Hugo

Are they all great openings? Can a great book have a bad beginning? Let me know in the comments section below.

[Picture of typewriter from Shutterstock.]