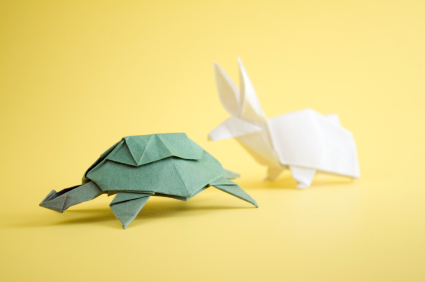 For authors who want to use Twitter in order to promote your work, here’s one very important tip that often gets overlooked: stick with it!

Picture this– a book is finished– YOUR book– you’ve been toiling in seclusion for months, wrestling each word into its right place, sweating over every detail;  in short, you’ve created a masterpiece and it’s ready for the world!

You start a blog; you begin blogging; you join twitter; you tweet, expecting that your brilliance shines so brightly it’ll immediately be shared across the Twitterverse. But instead, silence.

Doubt sets in. You question yourself, your motives, your talents. You decide Twitter ain’t for you. Your old tweets grow mold.  Two years down the road you close your account.

I’ve heard this story from so many authors and musicians, and although they didn’t know they were asking a question, the answer is simple: they didn’t stick with Twitter long enough to figure out how to use it well.

No one cares what you know until they know you care!

As often as I’ve heard this story, and as often as I’ve written about Twitter promotion for both the BookBaby Blog and CD Baby’s DIY Musician Blog, I recently forgot to take my own advice.

A little over a month ago I started a new poetry blog called YRTEOP.COM (that’s “POETRY” spelled backwards). Yes, yes– I know; I broke another one of my rules too, which is to NEVER name your website something that is hard to spell! Oh well, take that SEO advice columnists!

Anyway, I chose a WordPress theme, I did some formatting, I wrote a few posts, and then I started a Twitter account to share links to those posts. I tweeted about 3 of my blog posts to start things off, and so folks who I’d eventually “follow” would see some content on my twitter feed to gauge whether or not they wanted to follow me in return.

At that point I started to follow people I admired in the poetry universe, editors, publications, poets, critics, etc. Within the first week I had very few followers and even fewer retweets, replies, etc. Minor depression set in, along with questions about why I’m wasting my limited free-time on a stupid hobby anyway– and a poetry blog at that! NOBODY reads poetry!

Hold your horses! Why slow-growth is healthy on Twitter.

But if hardly anybody reads poetry (which isn’t really true!), then why was I being so tough on myself? Why did I have such grand expectations?

And then I remembered those oft-repeated words:

1. Take your time with Twitter– You’ll need it to figure out your voice and niche.

2. Grow your community of followers slowly- After all, it’s about connections. And pacing yourself will ensure that you actually get to know the people who follow you.

3. Join a conversation before you start one- Don’t just blast people with your content. Once you’ve replied and retweeted and commented on someone else’s stuff, they’re more likely to listen to you.

The following week, I dove back into the Twitter world with more moderate ambitions, and more enthusiasm for engaging one-on-one with individuals. My attitude adjustment, along with some help from TweetDeck (which allows you to easily monitor multiple topics and conversations in the Twittersphere at once), allowed me to stay focused and motivated.

A month later and I’ve had conversations with poets I respect, had my articles re-tweeted by an editor from one of my favorite publications, and been exposed to some great new poems. My list of followers isn’t long, but that’s the way it should be right now. Slow-and-steady joins the race. There’s plenty of time to conquer the universe later.